After years of blazing trails for reality based rap, elevating hard-core hip hop to a high art, and earning millions of dollars and fans around the world, Scarface has decided that it is time to take his music to a whole new level by returning it back to the people who inspired him to create the music in the first place: His homies.
"This was a record that my homies in the streets asked for," says Scarface. "They wanted the raw ghetto reality. And that's just what I'm giving them on this one."

Fresh off his chart-topping platinum LP Untouchable, Scarface returns to the table with yet another ghetto classic: Mr Scarface presents My Homies is a star-studded double CD that pairs the godfather of hard-core reality rap with some of the hottest, most talented lyricists in the rap game. " I got everybody that I wanted to work with on this album, except Jimi Hendrix," muses Scarface. "Everybody that's hot on the streets right now, I got 'em on this album- Tupac, Master P, Tela, Too Short, and Yukmouth from the Luniz. Plus I've got some rappers from my label, Interface Records, on it too."

Although the LP does contain a bevy of guest appearances and a couple tracks that feature Interface recording artists - such as the hilarious track "Boo Booin" by Devin of the FaceMob and the incomparable Odd Squad - Scarface stresses that this is not a compilation album, but rather an album of raw uncut duets and posse cuts aimed to please die-hard Scarface fans who have been supporting him and the Rap-A-Lot family from day one.

Eschewing political correctness totally devoid of the milquetoast middle class values inherent in many of today's Cristal-sipping-Versace wearing dribble that currently infest rap music nowadays, My Homies contains some of the rawest, in-yo-face tales from the darkside of American life, a place known all over the world as the ghetto.

"This album is basically about the rebirth of Rap-A-Lot and the launching of InterFace Records," says Scarface. "It's a record the homies in the streets. It's a record to let them know that I ain't forgot about them." Indeed, My Homies is filled with hard-core, straight-to-the-point reality based lyrics, thunderous basslines and some of the tightest beats south of the Rio Grande. It is an album designed strictly for the underground - the weak and faint of heart need not apply for this LP. The lead single, "Homies and Thugs," teams up with longtime friend and rap compatriots Master P and the late great Tupac Shakur, kicking a fierce anthem celebrating the true brothers and sisters who struggle to survive everyday in the Ghetto. Produced by Face and Mike Dean, both the original and remixed versions of "Homies and Thugs" are destined to be a hit with players and ballers everywhere.

"F-k Faces" featuring the incomparable Bay Area player Too Short, a bawdy ode to women with beauty, brains and mad bedroom skills, is going to have heads bobbing and tripping all at the same time. "In My Blood" is a cautionary tale of warning to those who would dare test the strength (lyrical or otherwise) of Yukmouth, Big Mike, Scarface and DMG. Other standout tracks include the introspective "The Ghetto" featuring Ice Cube, Big Mike, Scarface and FaceMob's DMG, the adrenaline filled ditty "Who Run This," and the title tune which highlights Scarface's brilliant lyrical flow and insightful social commentary.

In this world of designer-wearing big willies and gold-plated wanna be down clowns, it's refreshing to see that despite his tremendous success Scarface remains down to earth. "My heart's still in the streets, man," says Scarface sternly. And with his new album My Homies, Face proves once and for all that he hasn't lost sight of who he is and where he's from. 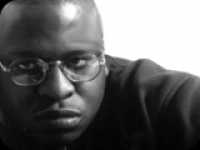