It all started with the 27-year-old keyboardfreak Sascha Lapessen. Sascha comes from Nettal, a town in Germany, close to Monchengladback and Venlo. He's also DJ in KINGS, a club where he started as a waiter, and sometime later as a lightjockey. Before his big success, he was responsible for the electricity.

His first steps in the world of music were with a single, called Careka – Indian Rave, but that single never became a big success. The real glory came in 1995 when he started a producionteam together with Thomas Alisson and Ralf Kappmeier. The result was the single It’s My Life. It was released in November 1995 (under the label X-It Records) and it reached the charts in 1996 in Europe.

But the real breaktrough came with the single Encore Une Fois, with the voice of Sabine Ohmes. The single was released in november 1996 and in 1997, it reached the first place in many hitlists.

At X-It Records Sash! met Rodriguez. With Rodriguez as frontman, the single Ecuador was released in 1997. The exotical clip wasn't shot in Ecuador, but in Tenerife. Rodriguez is also a DJ. He isn't born in Ecuador but in South America. Now he lives in Munich. With Ecuador, the quality of the 3 men was confirmed.

Sash! also makes remixes for other artists, such as 2 Unlimited (Spread Your Love), Space Frog (Follow Me), Jean Michel Jarre (Oxygene 10) and dokter Alban (Mr. DJ and the new remix album). The newest single is Stay, with the voice of La Trec.

In his pastime he likes scubadiving. 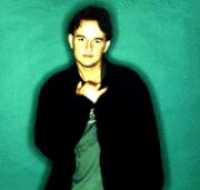