In the spring of 2001, with her debut single Let's Get Back To Bed-Boy!, Sarah Connor hit the bulls-eye. By the side of US star TQ she jumped immediately to Number 2 in the German Single Charts, reached Top Ten ranking in countries all over Europe, and made the number 15 spot in the European Top 100. After just a few weeks, Gold Records in Germany and Austria followed, and the music channel VIVA awarded her a Comet in the category of National Newcomer.

Just a few months later, with From Sarah with Love, the then-21 year old recording artist took success to another level. The single enjoyed Number One status in the German Single Charts for a whole week, and after only a few days hit Gold, not stopping until it reached sales of over 750,000, earning Triple Gold status. In Austria and Switzerland as well, the single scored Gold and Platinum records, respectively.

The first album, Green Eyed Soul, continued the tradition of success by going right to Number 3 in the German charts, hitting Gold after a week, not stopping until it achieved Triple Gold Status with 450,000 CDs sold, peaking proudly at Number 2.

Little wonder that Europe-wide success for Sarah wasn't long in coming: in Finland, Greece, Poland, Austria, Belgium, Portugal and the Netherlands, Sarah Connor charted in the Top 10, and took either Gold or Platinum honors.

In the summer of 2002, the Echo-Award-Winner (category: Female National Rock/Pop Artist) realized a life-long dream, mounting a major Tour and playing to sold-out venues across the country.

Whoever assumed that this Gemini would need to take a breather after all this amazing success would have been mistaken: with her friend and idol Wyclef Jean, Sarah went into the recording studio and after only one night created the appropriately-titled One Nite Stand (Of Wolves and Sheep), a hot track which Wyclef not only wrote and produced for Sarah, but sang on with her as well.

One Nite Stand (Of Wolves and Sheep) was the first release off Sarah's second album Unbelievable, and reached Gold status in Germany in an unbelievable 48 hours.

In the middle of 2003, Sarah surprised her fans with very special news: she was pregnant! Before taking her Maternity Leave, however, Sarah had her second Number One Hit in Germany with Music Is The Key, a track with the New York a cappella band Naturally Seven. Her next conquest was reaching the pole position in the charts with her first DVD, A Night To Remember-Pop Meets Classic!
In November 2003 Sarah released her third album, Key To my Soul, which imitated its predecessor and went immediately Gold in Germany, entering the charts in the Top 10.

As wonderful as all this musical success has been for Sarah, the greatest joy in her life came in Florida, on the 2nd of February, 2004…for it was on this day that Sarah's son Tyler was born.

Sisters and brothers Four younger sisters and one younger brother 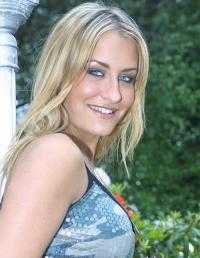