Richard Hawley (born 17 January 1967, Sheffield, England) is a guitarist, singer, songwriter and producer. After his first band, Treebound Story (formed while he was still at school) broke up, Hawley found success as a member of Britpop band The Longpigs in the 1990s. He later played with Pulp, led by his friend Jarvis Cocker.

Hawley's 2007 album Lady's Bridge (named with a Sheffield reference -- Lady's Bridge is in the centre of Sheffield) was released in the UK on 20 August 2007. The first single from the album was "Tonight The Streets Are Ours". He performed a 16-date tour during September 2007 to promote the album. 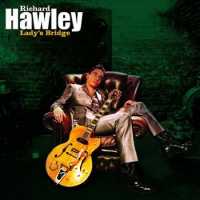