Renato Zero is the stage name of Renato Fiacchini (born September 30, 1950), an Italian singer-songwriter and showman.

Renato Fiacchini was born in Rome in the Via di Ripetta, next to the Via del Corso.

He quit his studies early to devote himself to his true passion, playing music and singing - though initially with little success. He replied to the criticisms (including the recurring insult Sei uno zero! - “You’re a zero!”) by assuming the alter-ego of Renato Zero. After several different jobs, including an appearance in an advertisement for ice-cream, he recorded his first singles in 1965: “Tu, sì”, “Il deserto”, “La solitudine”, which were never issued. His first published single, “Non basta sai/In mezzo ai guai” (1967), sold a total of 20 copies.

In the late 1960s Zero’s career was favoured by the glam-rock fashion, which he had somehow presaged with his sexual ambiguity and androgynous appearance. At the same time, this led him to be accused of cloning characters like David Bowie. In 1973 he issued his first LP, No! Mamma, no! (live), but with little success. The follow-up Invenzioni met the same fate.

It was not until 1976 that he scored his first hit with the single “Madame”. “Madame” and the album including it, Trapezio, established a regular and loyal audience for Zero. This was to increase exponentially in the following years, until he could boast a huge following of die-hard fans that he dubbed “Sorcini” (“Little Mice”).

The late 1970s were indeed years of great success for Zero’s character, with the LPs Zerofobia (“Zerophobia”, 1977), Zerolandia (1978) and Erozero (1979) topping the Italian charts. At this time Renato Zero was amongst the two or three most popular singers in Italy and his song “Il Carrozzone” was already regarded, also by critics, as one of the best Italian songs ever.

In 1979 Zero played himself in the movie “Ciao Nì” (his usual greeting to his fans, which can be roughly translated as “Hi pal!”). In Italy this film was to be more successful than the blockbuster “Superman”.

In the 1980s he began to abandon make-up and greasepaint, but this did not rid Zero of his mania for grandeur: in the 1980 tour, for example, he entered the scene riding a white horse. In 1982 he began a collaboration with the opera director Renato Serio, who was to write the string arrangements for almost all of Zero’s following LPs. In late 1983 he took part in RAI’s Fantastico 3, then the most popular Italian TV show.

His career continued to be successful until 1984, with top-charts songs like “Amico” (“Friend”) and “Spiagge” (“Beaches”). That year, however, his album Leoni si nasce and the tour of the same name, in which he appeared disguised as a lion and escorted by four aborigines, were commercial failures. The album Zero of 1987 marked the low point of his career: instead of playing in arenas and stadiums, Zero had to sing almost for free in the piazzas and discos of Italy’s minor cities.

In 1991 Renato Zero participated to the Sanremo Music Festival with “Spalle al muro”, and from that moment on his career began to rise again. In 1993 he was nr.1 in the Italian charts with the LP Quando non sei più nessuno. The following year Imperfetto repeated this success. During his tour concerts would regularly sell out, and he returned to his famous dress changes during the spectacles, although in a less kitsch and more balanced style.

In 2004 his tour “Cattura il sogno/Il sogno continua” (Catch the dream/The dream continues) was awarded from Pollstar magazine as the most successful of the year in Italy and as well as one of the most successful worldwide (#30). The recording af the Roman concerts, held at Olimpico Stadium in June, was the best selled musical DVD of 2004. In 2005 he took part to the Italian stage of Live 8, in the Circo Massimo. In November his new album Il dono (“The Gift”) topped the charts and maintained #1 until the end of the year. In December 2005 he performed in the Vatican with a song dedicated to Pope John Paul II. Renato Zero’s most recent tour started in February 2006 and is entitled Zero movimento. During some concerts held at the time of the campaign for the April 2006 elections he declared himself against former Prime Minister Silvio Berlusconi. 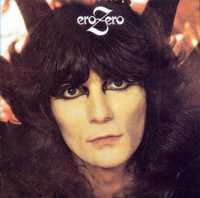