Raphael was a Japanese visual kei rock band that formed in 1997 when the members were only 15. The band disbanded in 2001, a year after Kazuki died at age 19

Raphael was originally formed in 1997 and their first concert was held on December 10, 1997. Their first album Lilac was released in 1998 and was followed with a video. They arrived on the Oricon chart for the first time when the song "Yume Yori Suteki na" was used for the TBS show Kyaiin Kanbyou no Megumi no Heart . They released two singles on the same day, one hitting number 37, and one number 38.

In 1999 their major label debut, "Hanasaku Inochi Aru Kagiri," hit number 25 on the Oricon charts. Their later releases centered about graduation because it was around the time the members would have graduated from high school, had they not dropped out to pursue music.

On October 31, 2000, Kazuki died of a tranquilizer overdose. A year later Raphael decided to disband. Yuki and Hiro went on to form Rice, while Yukito formed Black Love.

Raphael's song "Yume Yori Suteki na" was covered by Dog in the Parallel World Orchestra on the compilation Crush! -90's V-Rock Best Hit Cover Songs-. The album was released on January 26, 2011 and features current visual kei bands covering songs from bands that were important to the '90s visual kei movement 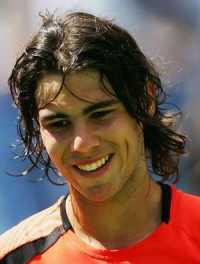