Rachael Sage is a talented pianist, singer, and songwriter. Her music has been given many labels, from rock to pop to folk, and her style has been called ethnically tinged, lush, emotionally insightful, and even quirky. However the critics describe Sage and her music, they usually add positive comments. Rachael Sage was born in Port Chester, NY, and began playing the piano when she was only about four years old. Around that same time, she also discovered the pleasure of creating her own tunes, all from listening to songs she liked on the radio. By the time she was five, she was putting words to her tunes. She got her first tastes of performing before real audiences by appearing in talent contests and at school assemblies. An expressive artist in any form, Sage enjoyed years of ballet training at the School of American Ballet. She also took drama classes and, later, voice lessons. By the time she was in college, she was performing in clubs and coffeehouses. Each show increased her fan base, and an opening spot on a tour with Ani DiFranco gave Sage the chance to perform in Europe.

In 1996 Sage released her debut album, Morbid Romantic. It was followed two years later by an impressive sophomore offering, Smashing the Serene. In 2001 she finished a third album, Painting of a Painting. Some of the tracks from these recordings are "Pictures They Took," "Ode to a Sailor," "Language of Flowers," "Air We Share," "Guardians," and "Cyanide and Cinnamon." Sage tours often, and has won many awards and contests, including the ASCAP Pop Songwriting Contest. In between performing and recording, she has held numerous day jobs to help pay the bills, including working as an extra in movies, as a jingle writer, and as a graphic designer. When on-stage, she usually has a supportive acoustic lineup with her, including percussionists Rob Curto and Steve Jagoda. Sage released her fourth album, Illusion's Carnival, on her own MPress Records label in 2002, followed by Public Record in 2003, Ballads & Burlesque in 2004, The Blistering Sun in 2006, and Chandelier in 2008. 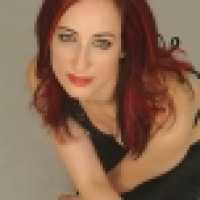