Comprising Walter Schreifels (vocals, guitar, ex-Gorilla Biscuits), Tom Capone (guitar), Sergio Vega (bass) and Alan Cage (drums), hardcore quartet Quicksand were formed in New York City in the early 90s. They instantly recalled the established traditions of CBGB's hardcore with a disciplined musical engine, adding a strong pop sensibility with compulsive hooks. They made their debut in 1993 with Slip, an insistent collection of passionate songs with staccato rhythms that recalled Fugazi. It was rigorously road-tested during 250 live shows.

By 1994 Quicksand were playing major venues across the USA alongside Offspring, who invited them back the following year for their European tour. This coincided with the release of Manic Compression, another bracing collection of cerebral punk songs. Railing against apathy and injustice without ever descending to rhetoric, Quicksand's arrival was the next step forward for hardcore, their departure in October was less spectacular. Tom Capone joined Pete Mengede in his new band Handsome and Alan Cage joined Seaweed. Schreifels took on some projects as a record producer and in 1996 formed a new band, World's Fastest Car. In May 1997, there were rumours of a Quicksand reunion, which were confirmed with a live performance in Osaka, Japan, the following February.

A tour with the Deftones and Snapcase followed, but recording sessions for a new album raised old tensions and the band split for good in autumn 1999. Schreifels reunited with several old colleagues to form a new outfit called Rival Schools United By Fate (later changed to Rival Schools). 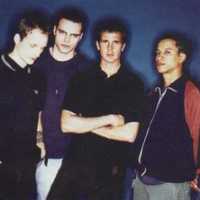