The longtime MC with pioneering alternative hip-hop trio A Tribe Called Quest, rapper Q-Tip was born Jonathan Davis in New York City on November 20, 1970. While a student at the Murray Bergtraum High School for Business Careers, he co-founded A Tribe Called Quest with fellow students Ali Shaheed Muhammad and Phife (Malik Taylor) in 1988. The following year, Q-Tip guested on De La Soul's groundbreaking 3 Feet High and Rising LP, with the two groups forever linked through their association with the Native Tongues collective. Tribe's debut single, "Description of a Fool," appeared in the summer of 1989, and after signing to Jive Records, the trio issued its debut LP, People's Instinctive Travels and the Paths of Rhythm, a year later. With its fiercely intelligent, socially progressive lyrics and brilliant fusion of rap and jazz, the group emerged as one of the most popular and influential in all of hip-hop, producing such classic LPs as 1991's The Low End Theory and 1993's Midnight Marauders before disbanding in 1998. Q-Tip then mounted a solo career with the 1999 release of Amplified. Although it was successful, he was in label limbo for many years afterward, continuing to record but rarely able to release any of his output. (One album, Kamaal the Abstract, was ready to roll into stores in 2002 when it was halted; it was finally released by Jive in 2009.) His sophomore set finally appeared in late 2008 and earned its title, The Renaissance. Jason Ankeny, Rovi 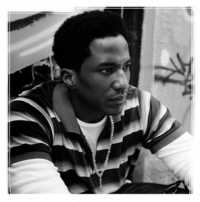