"I'm not tryin' to impress anyone on how hard my struggle was, or how messed up the conditions were where I came from," says Plies. "I feel like most of the people in my situation come from the same type of background, the same type of environment."

Hailed as "one of the realest niggas you will ever know," the Ft. Myers-based rapper has already established a phenomenal underground and street presence on the strength of his infamous mixtapes and live show. Plies is a real life block hugger who happened to learn how to tell his story in rhyme. This is why the streets love him. And he reveals his revelations of earning stripes with the summer '07 release of his Big Gates/Slip-N-Slide/Atlantic debut, "THE REAL TESTAMENT."

Born in Ft. Myers, Florida, a city famous for its year-round warm weather, pristine sandy beaches, and inviting tourism, Plies was raised on the not-so-sunny side of town. "It's a small town, but it's a town that reflects so much to me. You've got two separate sides? you've got the serious side, then you've got the gutter side. I called it Pakistan because kids 11, 12 years old were running around with choppers and shit." Despite coming of age in the Michigan Court Projects, Plies says he wouldn't change it for the world. "The only thing adversity does is reintroduce you to yourself."

Plies first became involved in music because of his brother. "He started pursuing music, and I saw his vision," explains Plies. "It wasn't a dream of mine. It kind of happened accidentally. But at the same time, I'm a believer that nothing happens on accident."

Accidental or not, Plies and his brother, Big Gates, started Big Gates Records in the late 鈥?0s. The small label had three artists and dropped a handful of independent albums, but not from Plies. In fact, the now rapper refused to touch the mic in the beginning. It wasn't until he became frustrated trying to teach one of his artists a particular hook that Plies grabbed the mic. "He never could get the hook down, so the next day I let my brother hear the hook, and he told me to stay on there," recalls Plies. The song, "Tell Dem Krackers Dat," spread quickly through South Florida and fell into the lap of Miami-based powerhouse Slip-N-Slide. Impressed by Plies' movement, the nationally distributed label made him an offer he couldn't refuse.

Plies describes his major label debut, "THE REAL TESTAMENT," as "the most anticipated situation in the streets right now." And rightfully so. On the album's Nitti-produced buzztrack, "Got 'Em Hatin'," the Ft. Myers bad boy explains exactly why underachievers are jealous of his 26-inch rims, blue diamonds, and stacks on deck. Over an up-tempo beat of menacing synths, heavy bass drops, and sparse snares, Plies boasts: "Some wanna see me broke/Some wanna see me in the Feds/The haters hate you when you're living/Love you when you dead/He just a mad rapper/He ain't blew yet/The streets don't feel him/I ain't have to go through that."

But Plies is about more than just moneymaking and bussing heads. On the breezy, mid-tempo "Shawty," Plies and fellow Florida boy T-Pain serenade their ghetto queens like only a true thug can: "Soon as I seen her, told her I'd pay for it/'Lil mama the baddest thing around and she already know it."

In addition to "THE REAL TESTAMENT," Plies wrote the somber, slow-moving song "Bid Long" (not featured on the album) to specifically address those locked up in the prison system. Atop simple bass and snare and high-pitched piano chimes, he harks about how people tend to turn their backs when you have a 40-year prison sentence: "Nobody loves you when you got nothing to give/But when you got it, they love you when you're out here/They was my friends when they was out/And they are my friends now/Right now, they need me the most so I got to help them out."

"I like to win in life, but to me, every dude who's in the prison system has lost it," explains Plies. "To me, that's not impressive." Plies has plans to embark on a nationwide prison tour, in hopes of reaching out to those currently locked up who come from the streets.

"I'm always coming up with reality situations in my music," says Plies. "I never run out of shit to talk about. As long as I'm in these streets, I'll always have something to talk about." 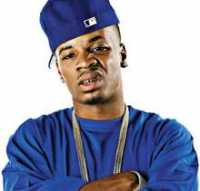