Plan B (real name Ben Drew, b. 1983) is a rapper from Forest Gate, London. From the age of 11 he attended Anglo European School in Ingatestone Essex, before transfering to Tom Hood, an inner-city comprehensive. He has described his character, in these school days, as “a bit of a cunt”. He is signed to 679 Recordings, home to UK rap act The Streets. His unique sound is characterised by his use of acoustic beats and lyrics involving drugs, rape, murder and underage sex. He was placed fourth in the BBC’s “Sound of 2006” competition.

His second album was released in April 2010; The Defamation of Strickland Banks was released on 12 April 2010. The album is a departure from the sound heard on Plan B’s debut album Who Needs Actions When You Got Words, with the rapper’s sophomore effort showcasing much more of his singing ability. Lyrically the album’s songs tell the fictitious tale of one Strickland Banks, a sharp-suited British soul singer who finds fame with bitter-sweet love songs like the album’s opener “Love Goes Down”, but then loses everything when he ends up in prison for a crime he didn’t commit.

The album was a great success, reaching #1 in the UK album charts, and three singles from the alum reached the top 20 of the UK singles charts, with ‘Stay Too Long’ reaching #9 and ‘She Said’ reaching #3. 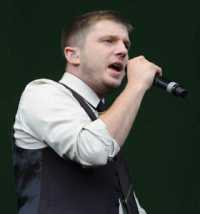