The music of Pierre Perret captured the lives of the French working class with uncommon precision. A supremely gifted lyricist renowned for his mordant wit and playful eroticism, his songs employed everyday slang to startlingly poetic effect. Born in Castelsarrazin on July 9, 1934, Perret spent a sizable chunk of his adolescence in his father's restaurant, Le Café du Pont, absorbing the street-smart patois of the local workers who comprised its core clientele. At the same time, he studied music theory and saxophone, and later attended the Toulouse Conservatoire. Beginning in 1953, Perret served a three-year term in the French military. Assigned to the army music corps, he began writing his first songs, and during a subsequent stint playing guitar in support of aspiring singer Françoise Lô (later known as Sophie Makhno), he occasionally performed his own material in between sets. In time Perret came to the attention of agent Emile Hebey, who introduced him to label owner Eddie Barclay. His debut single, "Moi J'Attends Adèle," was released in 1957, but despite a regular presence on the Paris nightclub circuit, most notably an extended residency at the Colombe on the Ile de la Cité, the record failed to catch on.
After a 1958 tour of Africa and France in support of the immortal American R&B vocal quintet the Platters, Perret was diagnosed with pleurisy. He spent the better part of two years in a sanatorium, writing the songs that comprised his 1960 debut LP, Le Bonheur Conjugal, but sales were again middling and Barclay terminated his contract. Perret resurfaced on Vogue in 1963 with "Le Tord Boyaux" ("Rot Gut"). The single proved a blockbuster hit, selling more than 100,000 copies and establishing the acerbic wit that would remain the hallmark of his lyrics for the duration of his career. A series of follow-up hits including "Trop Contente" and "La Corrida" culminated with 1966's "Les Jolies Colonies de Vacances," the biggest and most beloved French pop song of its year. That November, Perret headlined his first performance at the famed Olympia Theatre, returning two years later to cut a live album. After co-starring in Claude Autant-Lara's 1969 feature film Les Patates, Perret resumed his music career with 1971's "La Cage aux Oiseaux." His biggest hit to date, 1974's "Le Zizi" ("The Willie") sold more than five million copies, but in the years to follow his music grew more thoughtful, with 1977's "Lily" winning the Prix de la Ligue Contre le Racisme et l'Antisémitisme for its attack on racism.

Perret subsequently explored suburban malaise ("Y'a des Gosses Dans l'Escalier"), abortion ("Elle Attend Son Petit"), and famine ("Riz Pile"), and spent much of the 1980s channeling his energy into books, most notably Le Petit Perret Illustré par l'Exemple. In 1983 Perret traveled to China, the inspiration behind the album Comment C'Est la Chine? In 1987, he published a cookbook, Au Petit Perret Gourmand, and continued work on a three-volume update of The Fables of La Fontaine written in contemporary slang. He did not release a new LP until 1992's Bercy Madeleine, returning a year later with Chansons de Toute une Vie, a compendium assembling 250 of his songs. The 1995 release of Anthologie de la Chanson Érotique was overshadowed by the death of Perret's youngest daughter, Julie, and after more than a year out of the limelight, he resurfaced in late 1996 with an extended stay at the Casino de Paris, recorded for a subsequent live album. That same year, he also earned the Grand Prix de la Chanson Française and published a book on the art of eating titled La Cuisine de Ma Femme. Perret finally returned to recording with 1998's La Bête Est Revenue, a blistering meditation on the rise of the conservative French National Front. ~ Jason Ankeny, All Music Guide 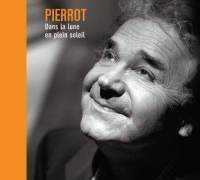