Word of mouth has taken Jive Records’ newest hip-hop artist Petey Pablo many places -- literally. Within the course of two years, the Greensville, North Carolina native moved to New York and gained the respect of music industry veterans, copped a record deal, and finished recording his debut album, Diary of a Sinner: First Entry. Having already appeared on Mystikal’s double-platinum album and on Black Rob’s "Whoa!" remix, it’s time for the world to meet the rapper that hip hop diva Missy Elliot hailed as the illest MC Down South.

"I go everywhere on the album. I talk about everything. You ain’t gonna hear no bling, blingin’, that I killed 15,000 people, or how much my car cost or how many cars I got – cause that ain’t rap. I only write what I feel, what I believe, what I have done, or what I want to do. Everything is real. As wild as some stuff may sound in my rhymes, either I’ve done it, thought about doing it, is gon’ do it or I been through it in some shape, form, or fashion."

Petey ’s interest in music was sparked at a young age via the church and the school where he learned to sing and acted in plays. Although he originally dreamed of being a singer, the North Carolina native quickly became fascinated with hip-hop in junior high school where he began rapping with a local crew. Long after his crew disbanded, Pablo kept rapping until he finally decided to make a move into the world.

With nothing but determination and "a hole in a doughnut," Petey picked up and headed North. In New York, Petey’s resilience, easy going ways, and rhyming ability helped him land a few celebrity friends like Busta Rhymes, Mystikal and Black Rob.

It was the one night while Petey was chillin’ with Black Rob at a club in New York that would change his life forever. "We was in the bathroom rhymin’ and Jive’s head A&R walked in the bathroom while we were in there. It was like me, Rob, Doug E. Fresh, and a whole lotta kids. So the A&R walked into the bathroom and asked me if I was signed, and I was like ‘nah.’ He was like come over to Jive and we’ll give you anything you want."

Word of mouth contributed to creating a serious industry buzz on this Southern MC. That’s why, by the time legendary super-producer Timbaland met him, he was already a fan.

With music from such producers as Timbaland, Prophecy (Busta Rhymes and Mobb Deep), Chucky Madness, Abnormal, and Petey Pablo himself, hip hop fans will undoubtedly hear some of the realest songs they’ve ever heard on Diary of a Sinner. Diary has the type of balance that most hip-hop albums lack today. While Petey ’s amped-up, vicious, rough flows will get the party started with such rugged, bouncy dancefloor anthems as "Raise Up" (Produced by Timbaland) and "Fun Room," which Petey Pablo produced himself, he lets listeners visit more personal moments of his life. Songs like "The Truth About Me" – talking about his mother having to deal with his involvement in street life -- and "Test of My Faith" -- where he talks about making it through some of the hardest times of his life -- feature Petey candidly sharing his personal experiences with the listener.

"I really don’t look at it like an album when I listen to it," says Petey. It’s a diary for your ears to read. I give it to you where you can either accept it or not accept it. There’s no in between. And all my stuff is very, very visual."

While the world has yet to experience the pride of North Cacalaca, it will only be a matter of time before everybody knows Petey ’s name since word of mouth will take him everywhere. 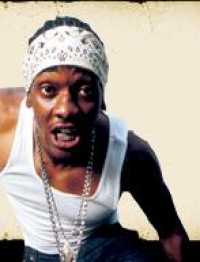