In 1992 and 1993 Peter Andre defied the odds by becoming a pop star in Australia when the last thing the country was looking for was a singing dancing muscle flexing r&b pop hero. In 1995 he achieved the near-impossible again by repeating the same feat across Europe.

Originally born in England his family relocated to Surfer's Paradise, Queensland when he was ten years old. This proved to be a major turning point in Peter's life and ultimate career. He had just started getting into dance and soul music and found none of it on Australian radio. Listening to that music, turning his friends onto it, and performing it himself became Peter Andre's mission in life. Eventually that mission broadened to harassing a national TV talent quest by singing to the producers down the phone and begging for a chance to perform. His persistence paid off and Andre performed a version of Bobby Brown's "Don't Be Cruel," and he was offered a recording contract live on air by one of the judges, who happened to be a record company head.

The breakthrough came in December 1992 with the second single, a fairly straight version of the mid-sixties Brenton Wood track, "Gimme Little Sign" becoming the highest selling single of the year by an Australian artist. More hits followed until he shifted base to London, a virtual unknown.

Through hard work and his bump and grind stage image on stage and video he slowly built a fan base in England and Europe until Peter Andre's fourth international single "Flava" entered the English charts at #1 in September 1996. Again more hits followed, within six months accumulating three million sales. From the beginning. Andre's music has tended to be derivative, the singer owing his success to his work ethic and personal energy rather than groundbreaking recordings. His 1998 album Time included contributions from Montell Jordan and Brian McKnight. 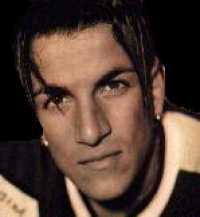