Whether from the pages of popular magazines or from the regular folks hanging on the street corner, Papoose received countless accolades before the release of an official album. Equipped with his signature, hard cadence, he managed to release over a dozen mixtapes under the guidance of high-profile mixtape-slinger DJ Kay Slay between the years 2004 and 2006, which in 2005 earned him the Justo Mixtape Award for Best Underground Artist. A more striking fait accompli was the endorsement in a Village Voice interview by hip-hop's original god MC, Rakim, that Papoose was one of the young N.Y. rappers best carrying his legacy.

Born and raised in Bedford-Stuyvesant, the same section of Brooklyn that spawned his rap elders, Jay-Z and the Notorious B.I.G., Shamele Mackie was nicknamed Papoose (a word used to mean Native American baby) by his grandmother. Based on his rhyme acumen, rap veteran Kool G Rap invited Papoose to be on his Roots of Evil album in 1998. After a failed record deal, Papoose decided to press his own mixtapes in order to build his reputation from the ground up, leading him to meet DJ Kay Slay. There is no interesting coincidence or some wacky back-story as to how the two hooked up. Papoose simply approached the DJ as he was leaving his eminent post at New York's Hot 97 radio station -- a couple of times actually -- in 2004 and aggressively promoted himself. Not only did DJ Kay Slay start placing Papoose on his Streetsweeper mixtape series, but he essentially founded the Street Sweepers Entertainment imprint to help gear up the unsigned artist to be New York's next legend MC.

Papoose particularly enthralled the mixtape circuit with the songs "Alphabetical Slaughter," a lyrical onslaught of vocabulary running down the letters of the alphabet, and "Sharades," a narrative about the hip-hop police that oscillates from a first- to third-person viewpoint. He patiently took his time to find the best label situation but did broker promotion deals with Violator Management and Busta Rhymes' Flipmode Squad. After guest appearing on a few tracks in 2006, including the remix of Busta's Top 20 pop-charting single "Touch It," he finally signed a 1.5 million contract with Jive Records in August 2006. His debut album, The Nacirema Dream, was practically already finished, but in the meantime, he held over fans with The Best of Papoose: The Mixtape, a succinct synopsis of his prolific mixtape run. Cyril Cordor, Rovi 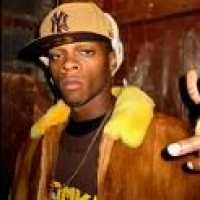