Gospel soul-sisters in more than just name, Lisa, Andrea and Joy Kimmey became popular as the first Christian Contemporary group of the '90s to take back soul/R&B from the secular masses. Born in Richmond, VA, between 1975 and 1980, the Kimmey sisters grew up on stage, performing as a support act for their mother, who is a classical pianist. Signed to the Gotee label by Joey Elwood and Todd Collins, Out of Eden delivered their first album Lovin' the Day in 1994. The album became a Christian Contemporary hit, and sparked the popular acclaim of the Kimmeys' second, 1996's More than You Know; No Turning Back followed in 1999. ~ John Bush, All Music Guide 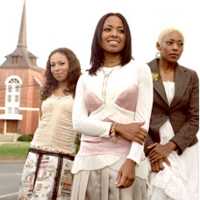