"I enjoy feeling sad sometimes," says Jimmy Gnecco (pronounced NECK-oh), frontman for Ours, "because at least then you're feeling something--you know you're alive." Fans of Ours, who have devotedly followed the band's live performances in and around New York, will definitely know they're alive when they hear the opening chords of Distorted Lullabies (DreamWorks Records). The band's debut album is the sound of beauty carved out of despair. With guitars that spiral in on themselves with raga-like intensity, a voice that can flip from a graceful falsetto into a bloodthirsty howl without notice, and melodies that wind through the songs with a logic all their own, Gnecco transforms torment into beauty, evoking mystery with power. Born and raised in northern New Jersey, Gnecco grew up on the power ballads of late-'80s album-oriented rock.

Towards the end of high school, Gnecco began playing in a band that would eventually become Ours. After graduating from high school, he worked as a pizza delivery guy and liquor store salesman, all the while pouring his life force into music with single-minded focus. "The first rock band I fell in love with was U2," he says. "The mixture of emotional release and melody, along with drama, hit me emotionally. Growing up, Elvis Presley, Michael Jackson and John Lennon affected me greatly because each one used their personal pain in a positive way to show love. I admire that."

After a few years, the band took a break to re-focus. Gnecco then roped his friend Race Bass into playing guitar, and they started to put the band back together. While beginning work on their first album, they also found drummer Kirke Jan. They added keyboardist Anthony DeMarco, then brought guitarist Dave Milone back on board. An album of passion and skillful songcraft, Distorted Lullabies was produced by Mark Endert, Steve Lillywhite and Gnecco. 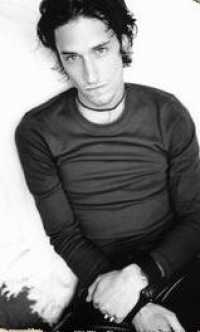