Opgezwolle reached the final of GPNL (Grote prijs van Nederland), together with Raymzter With a small lead Raymzter won the final and took the price, however, DJ Delic won the award for "Musician of the evening "Just before the final album GPNL Spuugdingen op de mic was released in Hedon Zwolle today this album has been getting positive reviews

In 2003, new Opgezwolle Vloeistof album was released This is a double album where the second CD is a blank disc tracks for this disc is called "Brandstof" was available for download from their website Opgezwolle the many tracks in collaboration with other artists, among them Raymzter Jawat! C-Mon Duvel Rein de Vos Pollum Bla Bla Blaxta Typhoon and Zwolle-based beat maker Kubus

The latest album by Opgezwolle Eigen Wereld (EN: own world) Released in January 2006 it lived up to the high förväntningar the fans and press and became an instant classic in the Dutch hip-hop scene album has a much darker and more ominous sound than its predecessor "Vloeistof '

At the end of 2007 announced that Delic would take a break from Opgezwolle to set aside time for painting and touring the world, the December 29, 2007 July Opgezwolle concert (with all original members of the scene) was held to 013 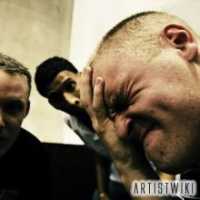