A four-member R&B group from Chicago, One Chance -- Rob Brent, Jon Gordon, Michael Gordon, and Courtney Vantrease -- caught a big break when they were able to perform for Usher, who was so impressed by what he saw that he signed them to his US label (a subsidiary of J). The group's debut album, Private, was released in late 2006. Akon and D4L's Fabo made guest appearances, while the likes of Shondrae, Chocolate Star, and Soundz handled the production load. Andy Kellman, Rovi 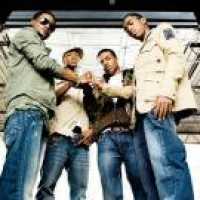