After establishing herself as one of the top merengue superstars of the 1990s, Olga Tañón broadened her style to include not only tropical music but also Latin pop, and while some of her crossover efforts failed to earn the praise of critics, she re-established herself strongly in 2005 with a back-to-basics album, Una Nueva Mujer, that awarded her with substantial acclaim. Throughout it all, even during the most trying times of her career, the Puerto Rican singer nonetheless maintained a devoted following. Tañón was most passionately adored during the mid-'90s, when she was the undisputed Queen of Merengue (a title debatably passed along to Milly Quezada) and was known as La Mujer de Fuego. Her embrace of Latin pop -- first with a regional Mexican album of Marco Antonio Solís songs, Nuevos Senderos (1996), and then with an album helmed by pop-crossover producer Kike Santander, Te Acordarás de Mí (1998) -- brought about some rifts among her fan base; however, it also expanded her market reach substantially, breaking her out of the tropical music bin and into the greater Latin continuum. As Tañón was breaking into the Latin pop mainstream, she was also experiencing some upheaval in her personal life, which, along with the mixed reception of her albums Yo por Ti (2001) and Sobrevivir (2002), left her career increasingly on rocky ground. A wave of retrospective releases, including Exitos en Video (2002), A Puro Fuego (2003), and Como Olvidar: Lo Mejor de Olga Tañón (2005), bought time while she prepared her grand comeback, Una Nueva Mujer (2005). This purely tropical album proved successful on all counts, and Tañón found herself back in the limelight, a year later moving from Warner Music Latina, the label she called home throughout her career, to Univision, a mass-media conglomerate based in Mexico City.
The youngest of four children, Tañón was born April 13, 1967, to middle-class parents José, who worked for a moving company, and Carmen Tañón in Santurce, Puerto Rico. Her singing career began in the 1980s with Las Nenas de Ringo y Jossie, before she joined the merengue group Chantelle, with whom she scored a big hit, "Aunque Tu No Quieras," in 1989. Chantelle were a rarity among merengue acts of the time, which were generally male, and the three ladies enjoyed a lot of success during their run, which came to an end with ¡Qué Bien! in 1993, a year after Tañón made her solo debut, Sola. Released by WEA Latina, the same label that was home to Chantelle, Sola wasn't a major success, yet it did well enough for Tañón to break away from Chantelle and continue her solo output. Her follow-up album, Mujer de Fuego (1993), proved markedly more successful, breaking into the Top Latin Albums chart and spawning a number of hits: "Contigo o sin Ti," "Muchacho Malo," "No Me Puedes Pedir," "Vendras Llorando," and "Presencie Tu Amor," the latter of which was a Top Ten hit on the Top Latin Tracks chart.

Tañón's next album, Siente el Amor... (1994), was even more successful. Similar in style to her first two albums, Siente el Amor... once again employed the efforts of first-rate merengue arrangers Manuel Tejada, Juan Valdés, and Jamie Querol. And like past albums, it leaned heavily on a few choice songwriters, in this case Raldy Vázquez, Gustavo Márquez, and Rodolfo Barreras. The result was a refinement of what had proven so successful on Mujer de Fuego, and indeed Siente el Amor... upped the level of success. It broke into the Top Five of the Top Latin Albums chart (peaking at number two on the more specialized Tropical/Salsa chart) and generated a string of hit singles that lasted for a year and a half: "Es Mentiroso," "Receta del Amor," "Aún Pienso en Ti," "Entre la Noche y el Día," "Ya Me Cansé," and "Una Noche Más" -- that is, half the album. Amid this ridiculous success, WEA Latina took the liberty of issuing a cash-in compilation, Exitos y Mas (1995), that rounded up songs from Tañón's three albums to date and, more notably, boasted a 12-minute megamix.

At this point in time, Tañón was far and away the leading tropical music superstar of the day, arguably contested only by the New York salsa artist India, whose Dicen Que Soy (1994) was a similarly astonishing success. The Puerto Rican Senate even went so far as to approve legislation in 1995 that would enshrine November 9 as El Día de Olga Tañón. So it was quite a surprise to see her return to the marketplace with an album of Latin pop songs written by Mexican star Marco Antonio Solís, Nuevos Senderos (1996). The gambit proved commercially wise, however, as the album opened new floodgates of success; for instance, the lead single, "¡Basta Ya!," topped both the Hot Latin Tracks and Latin Pop Airplay charts while also performing well on the Tropical/Salsa and Regional Mexican Airplay ones. A pair of further hits, "Me Subes, Me Bajas, Me Subes" and "Mi Eterno Amor Secreto," confirmed the wisdom of repositioning Tañón as a Latin pop artist. And if any of her hardcore tropical fans were upset with the crossover move, the subsequent release of Llévame Contigo (1997) gave them nothing further to complain about, for it granted them their wish come true: a full-on return to the merengue of Tañón's initial albums, featuring return appearances by all of the featured songwriters (Vázquez, Márquez, and Barreras -- who had written the bulk of Siente el Amor... -- as well as Yaidelice Monrrozeau, who'd written several key songs on Sola and Mujer de Fuego). Needless to say, the album, which essentially was a victory lap in the wake of all the success Tañón had been accumulating in the prior years, was a huge success: the first album of hers to reach number one on the Top Latin Albums chart. Also in 1997, Tañón appeared as Mary Magdalene in a tropical music-themed Puerto Rican production of Jesus Christ Superstar that included some of her songs.

Following such dizzy heights, Tañón's career took a series of twists and turns beginning in 1998, the year she went pop for good and also the year her personal life started overtaking her artistic one. If Nuevos Senderos had been a one-off excursion into the regional Mexican market, with its Tex-Mex motifs and its Solís songs, Te Acordarás de Mí (1998) was a wholehearted embrace of crossover Latin pop. Chief among her various collaborators on the album was Kike Santander, who had previously worked alongside Gloria Estefan and Thalía on successful crossover efforts of their own, Abriendo Puertas (1995) and Amor a la Mexicana (1997), respectively. As he had done for Estefan and Thalía, Santander wrote, produced, and performed some bona fide hits, in this case "Tu Amor," a surprising flamenco workout, and "Hielo y Fuego"; however, as substantial as these hits where, particularly the former one, which was a Top Five single, they were a significant departure from the straightforward merengue that had carried Tañón to her queenliness (likewise "Escondidos," the album's other Top Five single, which is a duet written and performed by Latin pop balladeer Christian Castro). Shortly after the release of Te Acordarás de Mí in late October, Tañón married Juan Gonzalez, the most famous major-league baseball player from Puerto Rico. The short-lived marriage ended in divorce less than two years later, but not before it generated bountiful tabloid fodder. In short, Gonzalez divorced his wife Elaine López, herself a famous Puerto Rican athlete, after a newspaper published a photo of him and Tañón kissing during a concert in San Juan; Gonzalez fathered a daughter with Tañón, Gabriela González Tañón, who was diagnosed with Sebastian syndrome, an extremely rare blood-clotting disorder; and Gonzalez fathered an additional child, albeit to a different woman, while married to Tañón.

The drama of her personal life notwithstanding, Tañón marched on with her career, releasing first a Grammy-winning live album, Olga Viva, Viva Olga (1999), and then another Latin pop effort, Yo por Ti (2001), which likewise won a Grammy for Best Merengue Performance. Olga Viva, Viva Olga, recorded at the House of Blues in Orlando, FL, her newfound hometown, showcases well her engaging ability as a live performer. Yo por Ti, on the other hand, showcases well how her pop-crossover ambitions were leading toward increasingly generic music. The album did manage a number one hit, "Como Olvidar," but overall Yo por Ti sounds staid relative to the liveliness of her prime past work such as Siente el Amor... and Llévame Contigo. The same can be said of her following album, Sobrevivir (2002), which likewise managed a number one hit, "Asi Es la Vida," as well as a Top Ten Santander contribution, "No Podras," yet overall sounds disappointingly generic. Tañón retreated from the studio for a while afterward, having remarried that same year and toured extensively. In turn, WEA Latina issued a stopgap compilation of her merengues, A Puro Fuego (2003), that included an excellent new single, "Cuándo Tú No Estas," and bought her some time away from the spotlight.

When Tañón finally did return to the public arena, she did so in a big way, releasing a pair of albums in 2005. First came Como Olvidar: Lo Mejor de Olga Tañón (2005), a compilation of her pop-crossover work, and three weeks later came Una Nueva Mujer, her first all-new album in two and a half years. A back-to-basics tropical exercise reminiscent of her prime work yet thoroughly contemporary in style, thanks in part to José Luis Morín A., who had a large hand in the album's songwriting and production, Una Nueva Mujer was led by a strong single, "Bandolero," and was blessed with ample critical and commercial success. Notably, it was Tañón's first album since Te Acordarás de Mí to break into the all-inclusive Billboard 200 chart, concurrently peaking at number five on the Top Latin Albums chart. In the wake of this comeback, Tañón left WEA, the label that had supported her since her days in Chantelle, after another compilation, 100% Merengue (2006). She moved to Univision, the leading Spanish-language company in the U.S., for Soy Como Tú (2006). The album's lead single, "Desilusióname," quickly became a big hit, and the album itself proved mighty successful. Produced largely by Bob Benozzo and Ceferino Caban, it sounded distinctly different from past Tañón efforts, incorporating aspects of tropical music as well as Latin pop for a diverse style that offers something for both audiences. ~ Jason Birchmeier, All Music Guide 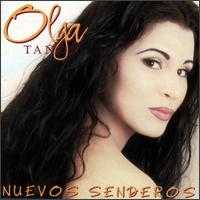