Ojos de Brujo ("Eyes of the Sorcerer" in English) is a nine-piece band from Barcelona, Spain, who describe their style as "jipjop flamenkillo" (hip-hop with a little flamenco). The band sold over 100,000 copies of their self-produced Barí album, and has received several awards, among these the BBC Radio 3 World Music Award for Europe in 2004 (having also been nominated in 2003).

Their success is also notable for being achieved without the aid of label backing; they set up their own label, La Fábrica de Colores, to get complete artistic freedom for Barí, away from the pressure they perceived from their record company Edel Records for their debut Vengue. 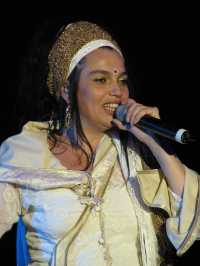