OBIE TRICE - real name, no gimmicks. One sentence, But it really says it all. Rapping under his government name, Obie Trice, is the real deal, no frills, no filler. Just skills and personality.

Obie, whose career jumped off in the same Detroit neighborhoods and underground scene that had birthed Eminem, was quick to keep his attention once they met. "I'm basically a real laid back type of dude," says Trice of his first meeting with Em, "But I'm really about my music, so we got along great from the jump." Em was so impressed with Obie's work ethic, and felt so strongly that he fit the Shady roster, that he rushed production on a Obie freestyle skit which was added to D-12's double platinum '01 Debut 'Devil's Night.'

Working with legendary producers like Timbaland and Dr. Dre, and the Shady one himself, Obie quickly knocked out a slew of tracks. Obie's offbeat but respectable rhyme style was a perfect fit for Em's curious, but nonetheless g'd up beat selection. "Once me and Em really got into the studio together," says Trice, "It just became clear that we should do most of the record together."

Obie Trice given the name at birth, born in Detroit, Michigan on November 14th 1977. When Obie did decide to go to school he attended High School at Cooley High in Detroit, MI. On October 5th 1998 Obie�s daughter Kobie was born, she is now his everything in life.

He has been rapping for over 12years since he was the age of 11. His musical influences as he was growing up included such artists as Big Daddy Kane, Biz Markie, Rakim and Redman.

He has had major underground success hits, with such tracks as of �Respect�, �Dope Jobs Homeliss�, �The Well Known Asshole� and many more. With such underground succes he has been signed to Eminem�s new label, Shady Records under Interscope. He has had recent guest appearances on such albums as D12�s �Devils Night� and on DJ Butter�s 2nd mix tape �Shit Happens�. Obie Trice�s 1st album will be dropping in the summer of 2002, being produced by Moss, DJ Head, Kon Artist, Alchemist, Rush (Royce Da 5�9�s producer), Dr. Dre, and Eminem. 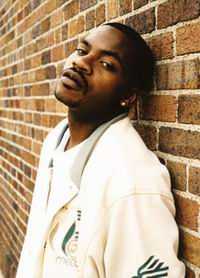