Born in the mountain town of Aibonito, Puerto Rico, singer/songwriter Obie Bermúdez moved with his family to the agriculturally rich Vineland, NJ, at the age of 12. An interest in poetry came first, but soon Bermúdez became obsessed with music and composition. A demo was recorded in 1996 and two years later RCA International issued his debut album, Locales. The pop album drew some attention, but not enough to turn him into a superstar. The self-proclaimed bohemian took a break from music and opted to work in a South Bronx laundromat for the next five years. The customers and co-workers and their day-to-day lives inspired nearly all the songs on his second album, Confesiones, released by EMI International in 2004. The more alternative-sounding album was an instant hit with the kickoff single, "Antes," reaching number one on numerous Latin music charts. Todo el Año followed in 2004 and Lo Que Trajo el Barco in 2006. ~ David Jeffries, All Music Guide 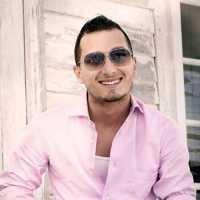