O-Zone was a pop group made up of Dan Bălan, Radu Sârbu (aka Radu), and Arsenie Toderaş (aka Arsenium). Originally from Moldova, the band launched in Romania. They mainly play eurodance music and are famous for the single Dragostea Din Tei, a notable summer hit which reached Number 1 in the singles charts of many countries during 2003 and 2004, and Number 3 in the United Kingdom. The follow-up single Despre Tine had similar success across Europe.

O-Zone first formed in 2000 and originally included only Bălan and Petru.

They enjoyed a brief resurgence in global popularity due to the online viral success of the ‘Numa Numa Dance’, featuring a previously unknown Gary Brolsma lip-synching and dancing to the first minute of the song Dragostea Din Tei.

O-Zone split up in 2005 each artist went on to make solo careers, and there are no current plans to make any more music as O-Zone.

Dan and Arsenie began singing in English while Radu continued singing in Romanian.

In 2008, “Dragostea Din Tei” was sampled by Just Blaze and Canei Finch for the T.I. single Live Your Life. 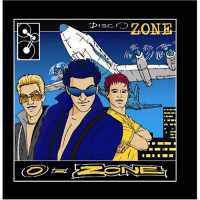