With numerous awards, prestigious honors, high profile appearances, once-in-a-lifetime opportunities, and an anointed platform as both a minister and worship leader, Norman Hutchins has been firmly established as one of gospel music’s most respected artists since the release of his Sparrow Records debut in 1992. In addition, such gospel royalty as Mom & Pop Winans and The Brooklyn Tabernacle Choir, among others, have recorded his songs, earning him well-deserved accolades as a prolific writer.

But in the shadow of these successes stands the grandson of a sharecropper who taught himself to read – after finishing high school. A man who received the call to preach in his childhood; yet painfully learned, as a child, that his estranged father was a minister who refused to acknowledge him. It was through such trials and hard-fought victories, however, that God showed Norman his purpose, and laid the foundation for a far-reaching and impacting ministry.

Today, as the pastor and worship leader at Frontline Ministries, the burgeoning church he and his wife founded in Dover, Delaware, six years ago, Norman sees a profound array of challenges and struggles affecting his congregation. His response – both at his church and through his music – is to proclaim the eternal faithfulness of God, even amidst economic crises, abuse, divorce, and a range of other issues assaulting our nation.

To that end, Norman ’s latest recording, God Is Faithful (IR Music Group), is perhaps his timeliest project to date. “He is bigger than my mountains, bigger than my valleys, bigger than my problems and bigger than my pain,” Norman states, echoing the lyrics of the album’s title-cut. “I think that pretty much says it all. You don’t have to wonder if God’s going to honor His word. He’s a God that honors His word.”

An accomplished guitarist who penned all of the album’s 11 selections, for Norman , showcasing the many blessings found in Christ was at the heart of this project. “I grew up in a black Pentecostal church, doing what we call black traditional gospel,” he explains. “But one of the differences I’ve always noticed between the black traditional music that I’ve written for years versus the contemporary Christian style I’m writing now, is that we grew up singing about problems, singing about pain, and singing about overcoming trials of the past. It seems that contemporary Christian music has more to do with celebrating life and victory, and rejoicing over a God who is more than enough. And the truth is, I really get more joy out of singing about the blessings of God than the struggles and trials.”

Nonetheless, two years ago Norman found himself in the middle of one of the most profound trials of his life. A diabetic, his long-term failure to properly care for his health ultimately resulted in a complicated eye surgery that left Norman blind.

“In the midst of being blind, the Lord began to minister to me,” he remembers. “He said, ‘ Norman , no matter how gifted and talented and anointed you may be, you are no good to Me if you don’t take care of you. Your health is important and if the enemy can shut you down, then you won’t be effective in the Kingdom of God.’”

As Norman entered a season of repentance for his health, he stood firm in his faith, continuing to preach and lead worship. “I ministered in my church every Sunday for six months,” he remembers. “And in the sixth month, the Lord spoke to me and said, ‘Because of your faithfulness, this Sunday will be the last day that anyone will lead you down the aisle.’ And it was one week from that day that the Lord restored my vision enough, that just as He said, no one led me down the aisle that Sunday. And now I have full vision again.”

“I don’t want to revisit that,” Norman says of his blindness, “But if that was part of the preparation to make me, and help me, and develop who I am today, I really thank God for that season in my life because it has totally changed the person I am now.”

Norman has never failed to acknowledge God’s guiding hand in his life. “Even at an early age when I didn’t understand God, I had a love for Him,” Norman recalls. “As I grew older, I began to realize that a lot of the songs I was writing at that age were the inspiration of God singing back to me, to keep me encouraged so that when I became of age to understand, I wouldn’t blame God for all the things I experienced as a child.”

Nothing compares to a visionary whose time has come. The ministry of Norman Hutchins has been at the core of gospel music excellence for more than 15 years and the best is yet to come. 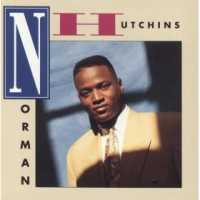