Nneka Egbuna was born in a Warri, a bustling and thriving metropolis (with a population of over 1 million) in Nigeria in 1981 and used to sing in her school’s and church choir in Nigeria. She says “In my life the only places I really felt secure were and still are in the Music and in the Lord“.

After relocating to Germany she’s been singing “professionally“ for 5 years now. Her influences reflect her younger days in Nigeria as well as her time in the western world as she names famous compatriot Fela Kuti and legend Bob Marley as well as contemporary rappers Mos Def, Talib Kweli, Mobb Deep and Lauryn Hill. After gaining experiences good and bad with several producers and artists, she finally met DJ and Hip Hop Beatmaker, DJ Farhot (Hit Spot Productions) and they are working together for 2 years now. Before that she started hanging out with artists such as „Maskoe“ and „The Chosen Few Crew“ (Short Lord, Sensai Miyagie, Antonio, Seven 30 a.o.) and recorded songs with them. Subsequently they became her posse.

Musically her songs range from deep soulful ballads like her „Confession“ tune to modern reinventions of the UK sound, that „Massive Attack“ once was popular for („Changes“) to funk-driven Hip Hop tracks („Stand Strong“). Even though she sings more than raps, she claims Hip Hop as her primary musical roots and an important source of her inspiration. You can call it Hip-hop Soul, if you want to, but as most real artist, Nneka doesn’t like labels. Even more important for her thoughtful lyrics are her origin and up bringing in Nigeria. „I get inspired when I take a severe look at the things going on in our world today; especially in my country. How people live, suffer and endure pain, politicians and religion. And when I see all that man has evoked and created out of self-centeredness and devotion to material things“, she rants.

Playing occasional gigs on her own backed by DJ Farhot, she already made herself a name on the local scene of Hamburg and its surrounding areas, when for the first time sharing her musical message with a bigger audience and introducing her own band in June 2004: With no released record to her credit yet she got herself the opening slot at Sean Paul’s open air show in Stadtpark. Another highlight in her onstage-career placed herself in front of the prisoners and prison officers at her Majesty’s prison service Holloway Islington London UK in February 2005, where she gave a taste of her mission for 45 minutes without back up.

After finishing the production of her debut EP „The Uncomfortable Truth“ she toured Germany, Austria and Switzerland opening up for label mate Patrice. September 2005 saw the release of her highly acclaimed album “Victim of Truth” followed by a club tour with her band. The new year started with 10 shows opening up for Seeed and another tour on her own in April. Shows in Paris and Amsterdam as well as more festivals will follow…. 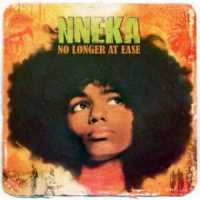