One look at Nikki Cleary reveals a normal teenage girl with a bright smile who loves to chat about boys, clothes, cool hairstyles and her favorite movie stars. But what’s not typical about this fifteen-year-old is the powerful sound of her anything-but-childlike voice.

It all began in her hometown of Albany, New York, when Nikki's grandmother took her to a local karaoke hangout for a night out. "When Nikki took her turn at the mic, she absolutely floored the place," recalls her grandmother. "No one there, including myself, could believe that such a mature sounding voice came out of such a little girl. We were all shocked." Her grandmother rushed home to bring the girl's amazing talent to her parent's attention. They entered her into a local talent contest and a local radio station invited her to sing on-air.

A few months later, Nikki's family decided to make a bold move to Nashville to jumpstart their daughter's musical career. "My family has had to make a lot of sacrifices so that I can live my dream," admits Nikki, "We all had to move to Nashville for a year and nobody complained. ”

Nikki's international success came following the release of her techno chatty tune, “I.M. Me,” the world's first song about instant messaging. Not old enough to understand the heartache of a lost love or the frustration of life in the "real world," Nikki made the decision to work only on material that she, a typical American girl in her early teens, could really relate to. What was her main interest? Chatting with her friends online!

When “I.M. Me” was posted on her website, www.Nikkicleary.com, the online community was quick to latch on to the song's catchy chorus. Kids began e-mailing MP3s of the tune back and forth to each other. She became a common topic on online message boards and in teen chat sessions. Fan mail began pouring in from all parts of the world including England, France, Germany, Brazil and Australia.

Well aware of the success of her computer-themed song, and impressed by the fresh, typical teen image that is Nikki Cleary, AOL IM decided to sign her on as the first artist they would market and promote in connection with their Instant Messenger service. AOL Instant Messenger is streaming Nikki's “I.M. Me” video and promoting Nikki through a pop-up AOL Instant Messenger screen and a Nikki Cleary photo gallery. They even created buddy icons with Nikki's image for its 26 million AIM users to decorate their instant messaging screens with. Nikki became an on-line star…

Armed with an incredible voice and her early and impressive success, Nikki promises to be the next big thing in teen pop culture. But with all the competition in today's pop music world, what is it that makes Nikki Cleary stand apart from all the other young acts out there? 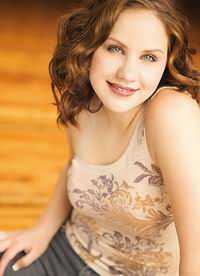