Nicholas Edward Cave was born in Warracknabeal, Australia on 22. of September 1957. His mother's name is Dawn, a librarian; his father Colin was an English Teacher. He has two older brothers,Tim (1952) and Peter (1954) and a sister, Julie (1959). He was raised an Anglican, which explains the apparent influence of The Bible in his work.

Nick Cave was living together with Viviane, born in Sao Paulo, Brazil, and has a son with her, Luke, born in 1991. Recent rumours have it, that Nick and Viviane split up and Nick has some kind of an affair with PJ Harvey.

Education and The Boys Next Door

Nick Cave attended the Caulfield Boys Grammar in Melbourne, and later on an Art School, which he attended only two years. An example of Nick's art is on the back of the Birthday Party's "Prayers on fire" album, signed "Nicholas Cave". At Caulfield's Nick met Mick Harvey, with whom he founded a highschool band that would become The Boys Next Door. The first recording released by Nick Cave was "These boots are made for walking", in 1978, a single that was soon followed by the album "Door door" the next year. The band consisted of Nick Cave, Mick Harvey, Tracy Pew, Phillip Calvert and Rowland S. Howard (from 1979 on).

The Boys Next Door slowly dissolved into "The Birthday Party" in 1980 when the album of the same name came out: some copies stated "The Birthday Party by The Boys Next Door", others only "The Birthday Party". When they changed their name, the band moved from Australia to London. The Birthday Party had a huge impact on the British rock scene of that time, especially because of the expression of raw emotion, wit and essential dumbness in their music, though it took some time for them to really break through. The LP "Prayers on Fire" was released in 1981, "Junkyard" in 1982. The band moved to West-Berlin and fell apart in 1983 after releasing 3 studio albums and 2 EP's. Their last EP, "Mutiny", was the ultimate manifestation of everything punk pretended to be. Here, Blixa Bargeld, from Einstuerzende Neubauten, appeared for the first time with Nick Cave.

The Bad Seeds, From Her To Eternity & The Firstborn Is Dead

Part of the Birthday Party members continued to form The Bad Seeds, recording the first NC&BS album in 1984: "From her to eternity". The line-up at this time was: Nick Cave, Blixa Bargeld (guitar), Mick Harvey (drums), Barry Adamson (guitar and piano), Hugo Race (guitar), Tracy Pew (bass, only during the Australian tour), with cooperation of Anita Lane. 1985 saw the release of the second NC&BS album, "The firstborn is dead". The Bad Seeds were now reduced to Cave, Harvey, Bargeld and Adamson.

And The Ass Saw The Angel

The song "Tupelo" contains some ideas of the novel Cave would publish a few years later: "And the ass saw the angel" (1989). In fact, the greater part of the songs written during the conception of "The Ass" can be seen as parallels of the book (e.g. The Carny and Sad Waters from Your Funeral ... My Trial). It is the story of a criminal idiot hounded by a lynch mob. The novel got very good reviews and was translated into ten languages.

Kicking Against The Pricks & Your Funeral My Trial

The next year, 1986, two albums were released; one album , "Kicking against the pricks" was a compilation of covers of mainly blues songs. The Bad Seeds were extended by Thomas Wydler and there are guest appearances of Tracy Pew and Rowland S. Howard. The second album was "Your funeral... My trial", released on two EPs.

In 1988, Wim Wender's film "Der Himmel Ueber Berlin (Wings of desire)" saw the light, featuring "The Carny" and Nick doing "From her to eternity" live ("I'm NOT going to tell them about a girl..."). Other Wim Wenders films that feature NC's music are "Bis ans Ende der Welt/Until the end of the world" and "Faraway...so close", the followup on "Wings...".

Tender Prey, The Good Son & Ghosts... Of The Civil Dead

The album "Tender Prey" was released in 1988. After this, Cave moved from Berlin to Sao Paolo, Brazil, where he had met Viviane Carneiro during a tour. The influence of Brazil is apparent in "The good son", the album released in 1990. The music is much more melodical and friendly than on any other album released before. Kid Congo Powers (Cramps, Gun Club) made his appearance as a member of the Bad Seeds on this album, although he already played in the band for a longer period, during the "Funeral..." and "Kicking..." times. In 1989, a film called "Ghosts...of the civil dead" was released, co-written by Nick, the soundtrack of which was written by Nick, acted in by Nick. It is a prison movie.

It was not until 1992, the seventh album was released: "Henry's Dream", followed by a worldwide tour. Again, the line-up was changed: Nick, Blixa, Mick, Thomas, Martyn P. Casey and Conway Savage. The tour was used to record their only official live CD to be released in 1993: "Live Seeds". The CD was intended as a celebration of the ten years' existence of The Bad Seeds and is sold together with a photo book by Peter Milne. The book contains photographs from the 1992/3 tour. Spring 1993, Nick Cave moved to London, where part of the ninth Bad Seeds album was recorded. "Let love in" was the most successful album so far, reaching No. 12 in the UK charts and No. 1 in Israel.

In 1996, "Murder Ballads" was released. The album contains songs which exclusively deal with the subject of Murder. Record-breaker for the longest song by NC is "O' Malleys Bar", which lasts about a quarter of an hour. Duets are sung with P.J. Harvey and Kylie Minogue. Other artists featuring are: Shane McGowan and Warren Ellis (from The Dirty Three).

Songs In The Key Of X

Apart from this, Nick Cave features on the compilation Album "Songs in the key of X", which has songs on it from the TV Serial "The X-Files". Nick does "Red Right Hand" and can be found in a "Hidden Track" with The Dirty Three (track 0, to be found when rewinding from track 1 into negative time).

Spring 1997 saw the latest release from Nick Cave & The Bad Seeds "The Boatman´s Call". This album is somewhat more quiet than for example "Murder Ballads" and "Let Love In", but Nick Cave´s songs of love (both lost and found) has never compromised his musical and lyrical talent in any way. Nick Cave & The Bad Seeds have once again struck a chord with people who can identify with the joys and sorrows that love brings. 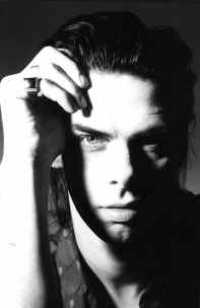