New Order arose from the ashes of Joy Division, one of the most influencial bands in the alternative music scene in the late 70's and early 80's. Joy Division were Ian Curtis, Bernard Sumner, Peter Hook, and Stephen Morris, four young men from Manchester, England. Joy Division drew attention to themselves with the release of their first full-length album, Unknown Pleasures, in 1979. The music they played was a sign of the times: angst-ridden, moody, enchanting, haunting.

And the style was unique: drum machines and wailing synthesizers behind a churning leading bass guitar. It became a trademark playing style that other bands adopted, such as The Cure, Echo and the Bunnymen, and U2, and a style that New Order continued to use. Just before Joy Division was to embark on their first North American tour, Ian Curtis, the band's singer and lyricist, hung himself in his home on Sunday the 18th of May 1980.

The remanining members continued on as New Order, adding a new female member, Gillian Gilbert. After several "try-outs" by the individual band members, it was finally decided that Bernard Sumner would take over as the singer and the primary lyricist. New Order finally broke new ground with their 4th single, "Blue Monday". It was released only as a 12" single and was a huge dance hit in clubs. It was, and still remains, the best-selling 12" single of all time. The packaging for the single consisted of many die-cut holes to resemble a computer floppy disk. It was, therefore, expensive to produce, and, ironically, the band made little if any profit on its sales. It was with "Blue Monday" that the band was finally developing it's own image, to identify itself as a separate entity from it's predecessor, Joy Division.

The style of playing the bass guitar as the lead was still there. But there was now the addition of sequencers and samplers, and a higher emphasis on their use. At times, their music was called "the thinking man's dance music." New Order's musical influence spanned from the alternative scene to the dance scene, paving the way for the introduction of techno and house to dance clubs. In a way, New Order helped make dancing cool again. Of course, New Order took all of this in stride. They just continued doing whatever they were doing, however they wanted to do it.

New Order was known as the quitessential singles band of the 80's, releasing songs that weren't on any albums, or at least remixing them from the albums. In 1987, these singles (many of them long out of print and difficult to find) were collected on the double-album "Substance". Many of these songs topped the 5 and 6 minute mark, with a few going beyond that. It was with the release of "Substance" that New Order gained even greater worldwide recognition. Many argue that New Order could have been bigger if only they did things differently. They didn't splash their faces all over their album covers, they rarely even put their own names on their record sleeves. In fact, all of the designing of their record sleeves, from their days as Joy Division up to the present, has been left up to Peter Saville, a graphic designer who has sometimes been referred to as the fifth band member.

New Order identified themselves as New Order, not as Bernard Sumner and Peter Hook and Stephen Morris and Gillian Gilbert. No one personality stood out from the others. They were the type of people who could walk out onto the floor after playing a concert and would barely be recognized. Also, remaining on an independent record label, Factory Communications, Ltd., probably didn't help either.

In 1990, New Order had their first #1 single in the U.K. "World in Motion" was recorded as the Official Song of England's 1990 World Cup Team. Ironically, New Order's first #1 single (also the first #1 for Factory) was to be the last New Order song to be released on Factory Records. The band then seemingly broke up, each working on separate projects. Bernard Sumner teamed up with ex-Smiths guitarist Johnny Marr and formed Electronic. Electronic was reminiscent of New Order's more (obviously) "electronic" side. Their debut album received rave reviews and featured guest appearances by the Pet Shop Boys and Anne Dudley of The Art of Noise.

Peter Hook went on to form Revenge, a band with a rougher sound, and the other two members, Stephen Morris and Gillian Gilbert (who are now married), became just that, The Other Two. New Order finally got back together to record a new album. However, before it could be released, Factory Communications, Ltd. declared bankruptcy in 1992 and closed down, leaving New Order without a home.

There is speculation that New Order have officially broken up (again). Bernard Sumner is working with Johnny Marr and newly recruited ex-Kraftwerk member, Karl Bartos, putting the finishing touches on a new Electronic album, which is expected by early 1996. The Other Two is expected to start writing and recording a new album for 1996. The future of Revenge appears to be up in the air. Peter Hook is currently playing in a house band for his wife's television talk show. 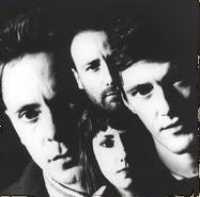