Nena was born Gabriele Susanne Kerner in 1960 in Hagen, North Rhine-Westphalia, Germany. She acquired her nickname, "Nena", a term of endearment for "little girl", at the age of three. In 1977 she left high school prior to her graduation to receive training as a goldsmith. Around the same time guitarist Rainer Kitzmann offered her the position of lead singer of his band, The Stripes. The group had a minor hit with the song "Ecstasy" but never achieved broad success, and soon split.

In 1981 Nena and her boyfriend Rolf Brendel moved to West-Berlin, where they met their later band members: guitarist Carlo Karges, keyboard player Uwe Fahrenkrog-Petersen and bass player Jürgen Dehmel. A year later the band released their first single, "Nur geträumt" ("Only dreamt"), which came to fame after the band appeared on the German television show "Musikladen".

The following year the band released its first album, which contained the singles "Leuchtturm" ("Lighthouse") and "99 Luftballons" ("99 Balloons"). The single became a world-wide hit, becoming Nena's most popular song to date. Nena then released ? (Fragezeichen) in 1984, Feuer und Flamme ("Fire and Flame") in 1985, It's All In The Game (featuring English versions of the songs on Feuer und Flamme) and Eisbrecher ("Icebreaker") in 1986. Despite (or because of) these successes, the group decided to go their separate ways in 1987.

Nena started dating Swiss actor Benedict Freitag shortly after the band separated in 1987. The couple had three children together, the first one being Christopher Daniel, who was born disabled due to alleged medical mistakes made during the birth that caused Nena to go into cardiac arrest. He died at the age of 11 months. In 1990 they had twins, Larissa Maria and Sakias Manuel.

After splitting with Freitag, Nena started a relationship with drummer and music producer Philipp Palm from Stuttgart, with whom she had two children, Samuel Vincent (1995) and Simeon Joel (1997). The couple and the four children live in Hamburg today.

Throughout the late 1980s and the 1990s, Nena released a wide range of solo albums, a number of them consisting of songs for children. Simultaneously, she hosted several TV shows, including Metro and the German preselection Countdown Grand Prix of the Eurovision Song Contest in 1998.

In 2002 Carlo Karges -- the songwriter of the most successful Nena songs including "99 Luftballons" and "Irgendwie, irgendwo, irgendwann" -- died of liver failure.

In that same year, Nena celebrated her 20th stage anniversary with the album "Nena feat. Nena", a disc consisting of newly arranged recordings her hits from the 1980s. The jubilee album became a 'comeback' for Nena, which spawned a number of successful chart entries. The remake of "Anyplace, Anywhere, Anytime" as an English-German duet with Kim Wilde was a hit in various European countries, reaching the Number 1 spot in the Netherlands and Austria, and Number 3 in Germany in 2003. A DVD followed: the 2005 album "Willst du mit mir gehn" ("Do You Wanna Go with Me?") which quickly achieved platinum status. The first single from the album, "Liebe ist" ("Love Is"), reached number 1 on the German charts in early 2005 and was used as the theme song for a German telenovela, Verliebt in Berlin. Nena's 2005 tour in Germany, Austria, and Switzerland in November and December 2005 had several sold-out concerts.

The song 99 Luftballons is featured in the 2002 videogame Grand Theft Auto: Vice City as part of the New Wave radio station Wave 103.

In 2004, Nena took the stage during the Howard Jones 20th Anniversary concert at Shepherd's Bush Empire in London. Nena sung '99 Luftballons' with a combination of German and English lyrics.

The Sudbury school in Hamburg, founded by Nena, will open in August 2007.

In October 2007, Nena will release a new album entitled "Cover Me", an album composed entirely of cover songs. She also recently voiced Saphira for the German dub of Eragon and the role of the Princess for the German version of Arthur and the Invisibles. The first single for this album, Caravan of Love (feat. Duncan Townsend) was placed #29 on some chart. She released a new single, "Ich Kann nix Dafür" (It's Not My Fault) on April 14th, 2007 for a movie, Vollidiot 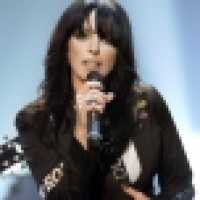