Italian Euro-pop vocalist Nek (b. Filippo Neviani) began playing guitar and drums at the age of nine, and studied music for several years in the early '80s. By the later half of the decade, he had begun singing professionally and two of his early singles, "Winchester" and "White Lady," both became sizeable Italian hits. He released his debut album Nek in 1992, and followed with In Te one year later. After the release of Nek's Calore Umano in 1994, he won several singing festivals throughout Italy, and released his biggest album to date, Lei, Gli Amici E Tutto Il Resto in 1997. Entre Tu y Yo appeared a year later, with Vida Es and Le Cose Da Difendere following in 2000 and 2002 respectively. John Bush, Rovi 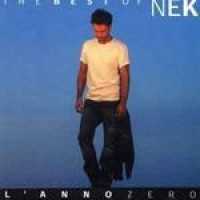