"Creating a sequence for the songs on this album was a big challenge and I hope that I performed a successful balancing act. I've never written songs more overtly political or so intimately personal before."

Merchant began her recording career in 1981 as the lead vocalist and lyricist with the folk art rock pop band 10,000 MANIACS, making six albums with the group - HOPE CHEST (1982), THE WISHING CHAIR (1984), IN MY TRIBE (1987), BLIND MAN'S ZOO (1989), OUR TIME IN EDEN (1992), 10,000 MANIACS MTV UNPLUGGED (1993) - before setting out on her own successful solo career - TIGERLILY (1995), OPHELIA (1997), NATALIE MERCHANT LIVE IN CONCERT (1999). Her thought provoking lyricism has earned her comparisons to figures more literary than musical ("The Emily Dickinson or Flannery O'Connor of Pop"). Her reputation as a songwriter of quality and her sweet, distinctive voice have long captivated a loyal audience and those who have followed Merchant's evolution as an artist will surely appreciate her newest offering.

In painterly texture and cinematic scope, MOTHERLAND opens with a haunting arrangement of Arabic-influenced strings and flutes in parallel intervals, underscored by distorted electric guitars and a reggae rhythm. When Merchant sings, "I don't have the gift of the prophesy for telling everybody how it's gonna be," she describes a people on the verge of rebellion. The chilling fact that this album was completed two days before the attack on the World Trade Center and the Pentagon amplifies the disturbing edge of these lyrics.

"I actually wrote THIS HOUSE IS ON FIRE during the WTO protests in Seattle and the presidential ballot dispute in Florida. I saw people taking to the streets to find their collective voice and to be heard. I decided to ask Stephen Barber to write the string arrangement in that particular mode because I am a fan of North African pop music, especially Om Kalsoum, the famous Egyptian chanteuse. It is very strange how events are conspiring to give this song possible new meaning I could never have imagined."

"The title song, MOTHERLAND has much deeper resonance since the events of September 11th and its aftermath. I was far more cynical when I wrote, 'Motherland cradle me, close my eyes, lullaby me to sleep, keep me safe, lie with me, stay beside me, don't go.' Now the song is a desperate plea for innocence, to be 'faceless, nameless, innocent, blameless and free,' expresses a craving we all share now for the world we took for granted and lost. Suddenly there seems to be no hiding from our past as a nation or our present, or our future. For me it's the death of nostalgia and dreams."

"Although I've always had a passion for rhythm & blues and gospel music, I've been reluctant to make obvious references to these styles in my own writing but with MOTHERLAND I felt it was time to 'fess up and acknowledge some of my teachers. I've spent countless hours listening to gospel and soul singers. These are some of the women who taught me how to talk about love and lust, how to cry and comfort, how to beg and when to be proud. I don't want any barriers of race or class in my music."

"I wrote SAINT JUDAS in response to an exhibition at the New York Historical Society that contained the most difficult images I had ever seen. It was the history of lynching in photography. I knew that Mavis would understand my words and deliver them. I wanted to hear that incredible powerhouse of a voice, but I also asked her because of her close association with the Civil Rights movement. The Staples Singers wrote 'Freedom Highway' and 'Why Am I Treated So Bad?' during the acts of civil disobedience and desegregation in the Deep South. They sang along side Dr. Martin Luther King on the steps of the Lincoln Memorial in Washington, D.C. Singing with Mavis was an historic event for me."

In the strident R&B tune BUILD A LEVEE Mavis is the knowing voice of caution warning her daughter of the danger that she'll find in men:

"Beware of his cold, dark eyes full of bold and unholy deceit he'll tempt you with a whirling pool of lies and promises he'll deny or that he will never keep"

"I've never done anything camp before on album. PUT THE LAW ON YOU is a song that breaks a piece of new ground."

"GOLDEN BOY was a song I wrote without being absolutely certain of its meaning. During the recording the engineer commented that he couldn't get the image of the infamous boys from Columbine High School out of his head. I sud-denly realized that I was addressing the unhealthy tendency we have as a culture to fix our attention upon our deviant and violent outcasts. Names of serial killers are easier to conjure than names of great humanitarians. We repeatedly make celebrities out of psychopaths whether we intend to or not."

One of the album's most intriguing songs is HENRY DARGER. The eerie arrangement that Stephen Barber has written for chamber orchestra fuses with Merchant's cryptic lyrics and ghostly vocals and opens up the aural landscape of a strange and private world. Henry Darger (1892-1973) is the author and illustrator of what might be the longest unfinished fictional work of all time. For six decades, Henry worked in obsessive isolation on his saga, entitled "The Story of the Vivian Girls, in What is Known as the Realms of the Unreal, of the Glandeco-Angelinian War Storm, Caused by the Child Slave Rebellion." His towering hand-bound manuscript of 17,000 pages was found in the apartment of this retired hospital janitor after his death. The illustrations of Realms of the Unreal number in the hundreds and depict the battle between the forces of good and evil as seen through Henry's wildly imaginative fantasy world. Merchant explains:

"I saw my first Henry Darger collage/paintings in the early 1980's when the tale of Henry's life was an oral tradition new born. He lived and died a recluse in Chicago, no one knew of his writings or of his paintings. There was a small folk art gallery in New Orleans that had acquired a small pile of his illustrations. Taken out of context the seven little horrified girls pursued by a purple and orange winged cat was so odd. I was instantly curious to see more. The search for evidence of Henry Darger was difficult, brief mentions in surveys of outsider artists. A retrospective of his work appeared years later at the American Folk Art Museum in New York. Henry's manual typewriter was on display along with large-scale painted scrolls of the Vivian Girls, the objects seemed like holy relics to me."

In the song THE WORST THING Merchant offers an exquisite hybrid of tango and flamenco that includes a bit of Spanish sung in the coda. "I spent 3 months travelling through Spain last year and the influence was hard to resist. I think Erik Della Penna played impressive classical guitar on that song as well as on HENRY DARGER."

It's not unusual for Merchant to direct songs to a specific segment of her audience and TELL YOURSELF seems to be addressed to young girls, much like EAT FOR TWO or LIFE IS SWEET on previous albums. With the wry line, "ever since Eden we're built for pleasing everyone knows, and ever since Adam cracked his rib and let us go," Merchant makes a sly little feminist pitch.

"The damage that young girls inflict upon themselves with low self esteem is terrible to see. So many teenage girls are convincing themselves that they don't measure up to the impossible standards of physical beauty the media has invented. I want to tell them all, ' just love yourselves a little bit more.' "

The first single JUST CAN'T LAST along with the song NOT IN THIS LIFE are signature positive pop in the Merchant tradition of THESE ARE DAYS, CANDY EVERYONE WANTS and KIND & GENEROUS. In yet another economically crafted pop gem, Merchant reaches out in reassurance that all life's burdens are temporary and surmountable.

The album ends with I'M NOT GONNA BEG which, while sounding like an R&B standard, is Merchant's own writing at her most honest and vulnerable. This, of course, is a surprise from a songwriter who most often keeps her subjects at a selfless arm's length.

"I wanted to write a song that anyone could understand, everyone's been rejected and struggled to seem proud. I'd love to hear Aretha Franklin cover this song, just once."

Natalie Merchant will be performing the new material from MOTHERLAND as she embarks on a yearlong world tour beginning October 27th in Minneapolis, MN. 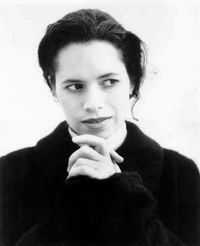