Najoua Belyzel (real name Najoua Mazouri) was born on December 15, 1981 in Nancy, France. She was a music fan & started to study law. But when a casting was launched to create a band & record "Tourne-Toi Benoît", Najoua went to Paris & became a member of the band Benoît. In 2002, she met Christophe Casanave (composer of Marc Lavoine's "Toi Mon Amour") & they worked together during 4 years : one of their songs, "Stella", was recorded by Steeve Estatof. Her first single "Gabriel" was released on November 21, 2005. The video & the song were well-received & the 2 songwriters finished working on Najoua's first album, Entre Deux Mondes, released on May 29, 2006. Her following singles were "Je Ferme Les Yeux", "Comme Toi" & "Quand Revient L'Eté". 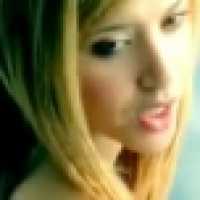