N-Dubz are a rap trio from London, England, who won a MOBO Award in 2007 for Best U.K. Newcomer before signing to the dance label All Around the World Records and releasing their full-length album debut, Uncle B (2008). Comprised of Dino "Dappy" Contostavlos, Tula "Tulisa" Contostavlos, and Richard "Fazer" Rawson, N-Dubz are based in the Camden Town area of London and originally met as schoolmates. Originally billing themselves as the "Lickle Rinsers Crew," the trio began its recording career with underground releases such as "Bad Man Riddim" and "Life Is Getting Sicker by the Day" that were intended for pirate radio play. After changing their name to N-Dubz, the group began to experience modest chart success with the independently released singles "You Better Not Waste My Time" (2006), "I Swear" (2006), and "Feva Las Vegas" (2007) on LRC Records. These early singles earned N-Dubz a 2007 MOBO Award for Best U.K. Newcomer, followed by a short-lived recording contract with Polydor Records. Around this same point in time, "You Better Not Waste My Time" (the group's only release on Polydor) was reissued as a single and became their first hit to break into the Top 50, rising all the way to number 26 on the U.K. singles chart. In late 2008, after some time away from the limelight, N-Dubz signed a new recording contract, this time with the dance label All Around the World. "Ouch" was released as the lead single from the group's full-length album debut, Uncle B; both were major commercial success, charting number 22 and 11 respectively on the U.K. charts. Subsequent singles "Papa Can You Hear Me?" and "Strong Again" also proved popular. Jason Birchmeier, Rovi 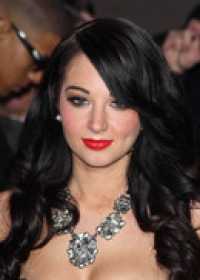