Today Milow, or 26-year-old singer-songwriter Jonathan Vandenbroeck as he is known to his friends and relatives, is a household name in his native country. He is one of Belgium's most successful singer-songwriters as we speak. This is mainly due to his smash hit You Don't Know, which reached number 3 in Belgium's national singles chart. The album on which it originally appeared, The Bigger Picture (January 2006), is well on its way to a certified golden status. Last year, Milow was presented with a TMF Award for Best New Artist, while he won several prizes as the Most Promising Newcomer of 2007.

Therefore it is not surprising that many are curious to find out what the future has in store for him. His sophomore release, Coming Of Age hits stores on February 1st, 2008. For Milow one thing was clear from the start: Coming of Age, like its predecessor released on his self owned label Homerun Records, was by no means to become a carbon copy of his first album.

Moreover, Coming of Age was supposed to become a veritably Belgian artifact and a product of Milow's own experience. All the songs on the album are about what is happening here and now. Hence the songs are immersed with references to Belgian topics and events, and nearly all of the tracks to be heard on Coming of Age were performed live, with just a few overdubs thrown into the bargain. 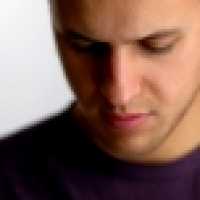