Michael Gordon Oldfield was born on 15 May 1953, in Reading, England. Having learned the guitar, he began to compose instrumentals as early as 1963. He left school to join his sister Sally to form the short-lived group Sallyangie at the age of 14. After a year, Mike and Sally went their separate ways and Mike formed his own group called Barefoot, which didn't last too long, either. He then became the bass player for Kevin Ayers & The Whole World. It was here he met his life-long friend, David Bedford, who encouraged him in his unique compositions. Using a borrowed tape recorder, he discovered that by blocking the erase head, he could record many instruments over each other to form a symphonic-like work.

After working with the band at Abbey Road Studios, he found a storeroom with tons of instruments. He realized that he had a knack for making the instruments he found sound good. In 1971, the band broke up leaving Mike alone to fine-tune his work. After finishing a demo tape, he discovered that the record companies of the day rejected it because, although they enjoyed it, they deemed it not marketable.

When Richard Branson was founding Virgin Records, he was looking for new and innovative music with which to launch his company. When Mike Oldfield was approached by Branson, Mike's response was his Tubular Bells. Launched in 1973, Tubular Bells, serial number V2001, was Virgin's first release. It was unique. It was two tracks long, each around 20 minutes in length. Part One was recorded in a week, Part Two took months. It was an astounding success, and helped make Virgin Records the industry giant it is today.

Other than music, his interests include aviation (he is a qualified aircraft and helicopter pilot) and science fiction (his latest album The Songs Of Distant Earth is meant as the concert music described in Arthur C. Clark's novel of the same name).

Mike Oldfield has never repeated the extraordinary success of Tubular Bells, which is sometimes referred to as the theme from The Exorcist (much to Mike's chagrin). While he has continued to release highly complex and beautiful music, his commercial success has waned.

In 1992, Mike Oldfield left Virgin and joined Warner Records, his first release with Warner being Tubular Bells II, a retrospective of his first album, having gone full circle.

Perhaps not as well recognized as he deserves, Mike Oldfield continues to produce exquisite music and will always be admired by his loyal fans.

Mike Oldfield has been honoured by having a minor planet (asteroid) named after him. Unlike the bogus commercial organisations that sell star names, the naming of minor planets is handled by a commission of the International Astronomical Union, the governing body for professional astronomers, and is official. The object in question is (5656) Oldfield. Gareth Williams has prepared a page describing the Mike Oldfield minor planet. Gareth was the one who suggested the name as principal identifier. He made the identification between the original 1920 observations and the observations from 1978 and 1981 made by Bowell. He is also a big Oldfield fan!

Mike composed the music for a film Lawrence Moore made for the British Arts Council in 1978. It's called "Reflection" and is about sacred geometry -- Stonehenge, English Mazes and all things reflective! It can be found on video (PAL) from The Arts Council Film Dept. 14 Great Peter Street, London SW1P 3NQ, telephone: (44 171) 333 0100 (film department). It was where Portsmouth made its debut! Mike re-versioned some of his Ommadawn and Hergest Ridge tracks for Lawrence plus new pieces were composed. The film was screened in 1979 in the UK and the USA and then released on VHS where it is one of their most popular films.

Mike Arnold wanted to let people know of recent performances of Mike Oldfield's music in Australia and New Zealand by his group Charivari. In 1994, music student Thorin Kerr & he completed a full transcription and arrangement of Ommadawn for an ensemble of around 25 musicians. It was performed in Auckland, New Zealand at the College of Education and at the School of Music, Auckland University. Videorecordings were made of both performances, which were free admission. Later in 1995, they transcribed a piece appearing on a bootleg CD owned by a friend entitled Ad-Lib Track which they arranged for string quartet and which is now played regularly by the Sydney-based quartet Coda. It may be released on CD sometime later this year. They felt some fans might be interested in seeing the videos of their Ommadawn performance, or lend a hand with their next project, Incantations. If you'd like to know more, send a normal-mail letter to Mike Arnold, c/o PO Box 3783, Auckland 1015, New Zealand. 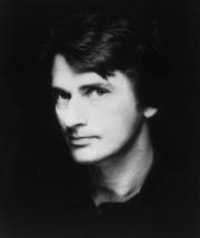