Grew up in Corvallis, Oregon with mother, sister and brother

Learned to play guitar at age 11

Graduated high school at 15, one and a half years early (skipped grades)

Played in a variety of Portland and Seattle bands, selling records from the stage, writing songs, and recording many demo tapes. One of these, recorded in 1984, was released in 1997 as See It Through My Eyes
Moved to Los Angeles in 1986 and continued performing in bars 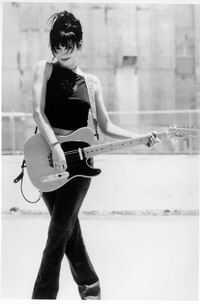