"If you got money, everybody want some If you got a dope flow, everybody want some Your drug game is tight, everybody want some When a nigga get rightm everybody want some" ?Memphis Bleek's "Everybody" No question, Memphis Bleek is one new artist in big demand. "A new improved Jay-Z," a gravely voice promises you at the beginning of Jigga's certified dope smash Vol. 2 Hard Knock Life and now with his debut, Coming Of Age, coming just around the corner, all eyes are on Bleek to prove that prophecy true. But don't took for him to crumble under pressure that could consume the next man, you see shorty is still fighting for respect. "Don't respect me just cause I'm down with Jay," exclaims his fellow product of Brooklyn's notorious Marcy Projects.

"I'm a grown man. Respect me for me. If you listen to my music, you'll know that I don't write imaginary stuff. My style is feelings. I write what I feet, see or went through. That's why people feet what I'm talking about." Blessed with a penetrating vocal style, Bleek made his debut back in 1996 on Jay-Z's debut, Reasonable Doubt on the moving "Coming Of Age." This song dealt with a young hustler on the streets trying persistently to go into business with a more successful street pharmacist. This gripping tale wasn't far removed from Bleek's actual life experiences. "Look, me and my mans never took two bricks on the bus or nothing of that stuff," Bleek is quick to clarify. "But I would put it down hand to hand on cold nights just to help put food on the table for my family."

But with an older brother going in and out of jail, Bleek finally decided to give up hustling and focus his full energy into his fledgling rap career. The result was the scene-stealing cameo on "It's Alright" (Streets Is Watching, 1998) with lyrics that announced the young Crooklynite's impending arrival: "in the middle of a war rockin' a vest/Who's the illest shorty alive?/ I confess." Never less than ill, the material on his debut, Coming _Of Age which stings with the realness of street life. The riveting "Stay Alive In NYC," details a hustler gaining revenge on a young worker who tried to short change him, while the soothing jazzy grove of "Regular Cat" contains remorseful commentary like "I never knew a game of cee-lo could take my man's life." Bleek explains, "You see Jay can speak to more of the party type people. But I don't get down like that."

This remains true throughout the album. Even when the beats behind him may be encouraging you to hit the floor on songs like "Memphis Bleek Is..." and "You a Thug N@#*a," Bleek keeps it rugged never smooth with lines like those found on the latter: "Don't ever play Bleek, my squad will harm you/ Send a bunch of Arab cabbies through to bomb you." Hitting you with the force of a nuclear weapon are Coming Of Age's few collaborations. Fellow blood-thirsty new jacks, Da Rainjahz emerge on (TK); the ubiquitous Roc-a-Fella runaway Sauce Money brings a touch of arrogance to (TK); and labelmate Ja Rule ignites the sum shot Southern riot-starter (TK). Still despite an influx of star-studded material, it's the song "Everybody" that remains dear to Bleek's heart.

"That song is a letter to my brother in jail. Basically, I'm telling him what's going on in the projects since he went away." It's his neighborhood to which Bleek remains devoted. "I can't stay out the hood. I got hood-itis. Sometimes when I'm on the road, I want to click my timbs three times and go back to Brooklyn. I get home sick." The rap audience probably won't become sick of Bleek because despite attention that could make the most humble person big-headed, he remains grounded.

"The only change in my life is the way some people now took at me," he confesses. "They may approach me on the street or something and want an autograph and you know that's kind of weird. Growing up in the pj's, nobody talked to nobody. If you don't know someone, nothing is said. Besides that my life's not gonna change, it's just like they say more money, more problems." There's no problems, however, for Roc-a-Fella records as their future attraction has proven that he was worthy of all the pre-game hype. Jigga's young lion is ready to strike. What's Memphis Bleek's future? Bright as the sun. 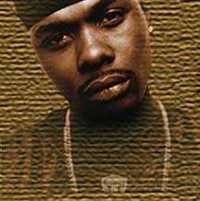