Marissa Nadler performs with an intricate finger-style on the guitar, 12 string guitar, ukele, and 5-string banjo, as well as the latest addition of keyboards and organ. Yet it is often her voice that is a shuttle towards another time, a haunting soprano reverberating with melancholy and longing. From her earliest incarnations, Marissa appeared with music that was unique and gorgeous, skillfully and simply hinting at the songs of the sea, the haunting chansons of maidens, the cowboy ditties of ranchers, and the funerary processions of mourners. The eerie quality of her atmospheric music gives her songs a timelessness and sadness that is often described as other worldly.

Her many early, homemade CD’s, lovingly decorated and inscribed to her nearest and dearest brought the attention of Eclipse Records in Arizona. Ed Hardy, who has gained a reputation for releasing beautiful, eclectic music, released Marissa’s first LP Ballads of Living and Dying in 2004, a release that Pitchfork called “a landscape you may want to get lost in for a century or two,” and that The Wire called “a beauty.” Ballads of Living and Dying was released in the UK in early February of 2005 by Beautiful Happiness Records, meeting the same response overseas as it did in the States, with the Guardian calling it “uncommonly lovely...hard to get out of your head.” The Saga of Mayflower May has garnered the same acclaim as did Ballads of Living and Dying, with Pitchfork calling it, among other things, simply an "entralling album".

Marissa Nadler is currently recording a new project. Upcoming shows are in New York City, and she touring Europe through the winter. 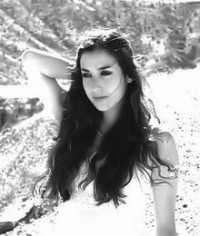