Andre Hicks aka. Mac Dre was born to Wanda Salvatto in Oakland, California but moved to Vallejo, California while still a child. Under the stage name "Mac Dre", Hicks began his rap career in the early 1980s, gaining a greater degree of recognition in the late eighties and early nineties.

After recording his first three albums between 1989 and 1991, Mac Dre was charged with conspiracy to commit bank robbery. Hicks's record label, Romp Productions, and his many references to "Romper Room" in his songs, bore a similarity to a group of robbers targeting banks and pizza parlors who were active in Vallejo at the time called the "Romper Room Gang." Hicks, alleged by authorities to be a member of the gang, was convicted of conspiracy to commit bank robbery and was sentenced to five years in prison in 1992 after refusing a deal offered by law enforcement authorities that would have required him to inform on other gang members.

In prison, Hicks gained some notoriety by recording the lyrics to songs directly over the Fresno County Jail and Lompoc United States Penitentiary inmate telephone. His album, Young Black Brotha, was a result of such efforts, as well as guest appearances on fellow artists' songs, all while Hicks was still imprisoned. A later album, Back 'N Da Hood, was also made up of these prison-recorded songs.

After his release from prison in 1997, he released Mac Dre Presents the Rompalation. In late 1997 and early 1998 he recorded his album second album "Stupid Doo Doo Dumb". It was released April 28th, 1998. Following those albums, Hicks met with Executive Producer Bernard Gourley and recorded the album Rapper Gone Bad with production help from Tone Cappone, Lev Berlak, and Warren G. This started a new beginning for Mac Dre as he began to release albums steadily, building a huge catalog of music recorded at The Grill Studios in Oakland. In 2000. Mac Dre's audience was growing, and mainstream hip-hop stations were beginning to give Hicks' music more airtime. Hicks relocated to Sacramento, California in 2001, where he began a label, Thizz Entertainment.

On November 1, 2004, Hicks was killed in a freeway shooting without any known motive. He was in Kansas City, Missouri where he was performing a rap concert 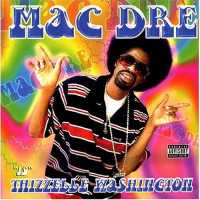