Lyle Pearce Lovett was born November 1, 1957, the only child of Bernell and Bill (William Pearce) Lovett of Klein, Texas 77379. Klein was founded by Lyle's great-great grandfather on his mother's side, Adam Klein. Klein and his wife, Fredricka Klenk-Klein immigrated to America from Germany, traveled to Houston, and bought land near Cypress Creek. Other German immigrants soon settled on both sides in what is now Tomball. Adam Klein set up the Klein post office and, with others, founded the Trinity Lutheran Church in 1873.

After graduating from high school a semester early, Lyle made his way to College Station, Texas, and Texas A&M University. In 1975, at the age of 18, Lyle enrolled at Texas A&M and graduated seven years later with degrees in both German and Journalism. While at Texas A&M, Lyle played many coffee houses and even a local pizza resturaunt called Mr. Gatti's. In 1979, he left Texas to study abroad in Rothenburg, Germany. In Germany, he met a local country musician who called himself Buffalo Wayne. When Wayne organized a country western themed event in Luxemburg in 1983, Lyle Lovett was among the musicians booked.

With the help of a Pheonix band called J. David Sloan and the Rogues, he recorded a four-song demo tape. In 1984, he traveled to Nashville to sing backing vocals on Nanci Griffith's third album, Once in a Very Blue Moon, on which Nanci sings Lyle's song "If I Were the Woman You Wanted". During his first week in Nashville he presented his work to ASCAP and quickly won them over. When Guy Clark heard Lovett's demo tape he passed it on to Tony Brown of MCA Records and by 1986 Lyle Lovett had been signed with MCA/Curb Records.

His self-titled debut album was released on MCA/Curb in 1986. Since then Lyle has recorded and released seven more albums. Lovett's records are usually praised by critics and have earned him a loyal cult following around the world; mainstream recognition, however, has eluded him. He released his second album, Pontiac, in January of 1988 and won the Grammy for Best Male Vocalist for the 1989 album Lyle Lovett and his Large Band. The Large Band referred to in the album's title features a horn section and several backup singers--including Francine Reed, without whom some fans feel a Lyle Lovett concert is incomplete. Joshua Judges Ruth, released in 1992, was his first album recorded in California, rather than Nashville where he was failing to live up to expectations and become a country star.

In 1992, Lyle Lovett appeared in his first feature film role, as Detective DeLongpre in Robert Altman's The Player. Lovett has since appeared in several other films, quite a few of them also directed by Altman. On the film's set, Lyle met actress Julia Roberts. They were married on the 25th of June, 1993. The publicity surrounding the marriage drew more press attention toward Lyle Lovett than anything he had done in his musical career. The couple were divorced March 22, 1995.

Lovett won a second Grammy for his 1993 duet with Al Green, "Funny How Time Slips Away" from the album Rhythm, Country and Blues and a third for 1994's "Blues for Dixie" recorded with Asleep at the Wheel for a tribute to Texas swing pioneer Bob Wills. In 1994, Lyle's fifth album, I Love Everybody, was released. Instead of recording new material, Lyle used this release to clean out his song writing catalog. All the songs on the album were written between 1976 and 1985, prior to the release of his debut album. In 1996, he released The Road to Ensenada, which received the Grammy Award for Best Country Album and brought his music to the attention of a much larger audience then had ever heard him before.

Step Inside This House, released in 1998, is a double album featuring Lyle Lovett's versions of the songs that inspired him to become a musician. Lovett's most recent album, Live in Texas, released 1999, is a live album, recorded in Texas in 1995 by Lyle Lovett and his Large Band.

A ballet adaptaion of several of Lyle Lovett's songs was performed by the Boston Ballet in February 1999. The show was called Nine Lives: Songs of Lyle Lovett and was choreographed by Daniel Pelzig. Lovett said of Pelzig, "He must be a bold character. They're really going out on a limb." He was "flattered--beyond description" that "someone [saw in his music] the possibility of their own creation."

Lyle Lovett seems to be on tour most of the time, though he rarely leaves the United States. Several scheduled shows in the United Kingdom were cancelled due to the death of Lyle's father in September 1999. The shows have not, at this time, been rescheduled. Apart from touring, Lovett continues to take film roles, though he has stated several times that he considers music to be his true calling. Perhaps becasue of this, Robert Altman has Lovett writing the score for his new film, Dr. T and the Women, rather than acting in it. 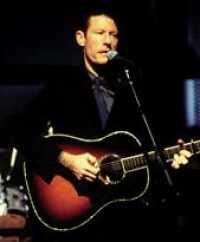