After the runaway success of Car Wheels on a Gravel Road, many thought that Lucinda Williams might never be able to top herself. Her new album, Essence, is proof that she can. Eclectic and powerful, filled with edgy tunes that stick in your head so that you end up humming them all day, Essence is another classic from the woman who is widely considered to be one of the best singer/songwriters working today.

Car Wheels led to Lucindas second Grammy, gold certification, being placed on the top of countless critic's Top Ten lists, and masses added to her ever-growing legion of fans. Since that release, Lucinda has been called one of the top 100 women in rock by VH1 and named as the most influential female singer of the 1990's by a recent book (Shout Sister Shout, 2000), among many other accolades. After listening to Essence, it's easy to see that the honors will continue to pour in.

On this record Lucinda includes her signature narrative style, but also relies on the music. This album was very liberating for me," she says. "I let myself lean on the music, to just turn myself over to the groove."

The songs on Essence run the gambit from yearning desires to religious euphoria. There is something for everyone here, from the Doors vibe of Are You Down" to the hard-core country of "Reason to Cry." Among the eleven songs included, there is "Get Right With God" a foot-stomping ode to fundamental religion that makes the listener feel as if they have stepped into a Pentecostal church while "Lonely Girls" evokes desperation in a few carefully chosen phrases and a haunting melody. "Blue" is pure poetry set to a gently strumming guitar and "Bus to Baton Rogue" is a heartbreaking glimpse into a mesmerizing childhood memory. "Out of Touch" is Lucinda's commentary on modern life while the title track is a sexy, breathy number that forces the listener to sing along. The final track, "Broken Butterflies" possesses some of Lucinda's finest writing to date and closes the album with a longing that is weaved throughout.

Stunning and completely different from her previous works, while also preserving all the things Lucinda's fans have come to expect from this extraordinary singer and songwriter, Essence will surely join her catalogue of past classics and may well be her latest masterpiece.

No wonder Lucinda Williams writes the songs of experience. No wonder her voice can capture joy and misery with the same intensity. She's completely lived in her lifetime.

Born in Lake Charles, Louisiana to renowned poet Miller Williams and a talented pianist mother, Lucinda had a ferocious love for music and words at an early age.

Her childhood travels took her from Fayetteville, Arkansas to Santiago, Chile and everywhere in between. Her itinerant nature can be found in her music, as well, since she draws from a diverse array of artists who influenced her.

"I loved Loretta Lynn and Hank Williams, but also Bob Dylan and the Doors and Jimi Hendrix," she says. "I don't see anything wrong with loving all kinds of music."

The history of Lucinda's career is fast becoming the stuff of music legend, but a brief primer is in order: after two early albums, Rambling on My Mind (1979) and Happy Woman Blues (1980), Lucinda's self titled release from Rough Trade is considered her breakthrough. Lucinda Williams (1988) included some of her best-known classics, including "Passionate Kisses," which won her a songwriting Grammy in 1994. Sweet Old World was released in 1992 to continued applause and six years later came Car Wheels on a Gravel Road, widely considered as one of the most influential records of the last half-century and hailed as "the Blonde on Blonde of the 1990's" by legendary producer Joe Boyd. Essence follows in her tradition of greatness, while offering something new to the listening masses.

"I'm proud of this record," Lucinda says. "I'm proud of these lyrics and this music. It's a bit of a departure for me, and it's a very mature sound."

On Essence, Lucinda Williams proves that she's built to last. On this album, her confidence is evident in every line. Her trademark voice is in top form here - eclectic as Lucinda herself, her singing can capture everything from stark betrayal to unadulterated joy. Therein lies the secret to Lucinda's genius - she writes and sings about real life: the pain, pleasure, and everything in between. 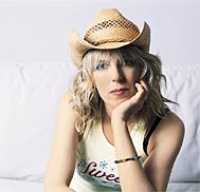