LORRIE MORGAN TO GET TO YOU - GREATEST HITS COLLECTION

She sings of tears and dreams. Of heart-breaks and hope never defeated. She knows all about fame, beauty, life, and their oppositions.

Lorrie Morgan's TO GET TO YOU- A GREATEST HITS COLLECTION, on BNA Records, is no sentimental journey. To profess an understanding of emotions that one has never experienced would be acting. But when Lorrie sings, she gives shape to a truth that can only be brought to life through circumstance.

With Lorrie Morgan, it's what lies beneath the surface that resonates with a luster all it's own. She's given the world such considerable music that assembling a compilation of previously released treasures along with a few fresh tracks is no small task.

Lorrie's persona takes tradition and makes it accessible, fiery, and intimate. Ms. Morgan's version of "Another Lonely Song," originally recorded by her idol Tammy Wynette and produced by the same Billy Sherrill/Norro Wilson collaboration, is a timely reminder of her wide ranging ability to make any song her own. "I always wanted to cut a record with Norro Wilson because he makes the kind of records that made me fall in love with country music. When he asked Billy Sherrill to be a part of the session, it was truly one of the highlights of my recording career. The musicians on the date were the same ones that I had admired for years. Recording this song was a dream come true for me." Other new treasures include the heartfelt isolation of "To Get To You" and "If I Cry" which both stand as a stark contradiction to the guilt free spirit of "Whoop-de-do," the latter being a track brimming with irony. Leave it to Lorrie to turn the tables within the span of three verses and a chorus.

Whether she's reaching out for salvation, as in her stunning live rendition of Sarah McLachlan's "Angel," or allowing you to see through her eyes ("One of Those Nights Tonight") Lorrie takes her listeners to a personal place. "Every song I sing reflects a part of my life. The joy, the sorrow, the will to survive, it's all there in the lyrics and music." As a mother who is able to balance a career and the responsibilities of family life, she never forsakes the honesty that endears her to millions of fans. The energy of Ms. Morgan's concert performances defy the fact that she is an established superstar who, if she wanted, could coast on her reputation. Every time Lorrie Morgan steps on-stage, her passion, dedication and focus brings audiences to their feet. "As much as my music touches the spirit in my fans, what they give back to me is the inspiration that enables me to do what I love."

Notes music writer Jay MacDonald of Country Weekly, "Supremely poised, fiercely adventurous, with a woman's strength, and a child's sense of wonder, Lorrie Morgan continues to walk her own path." And in a recent issue of Billboard, "while still very much her own woman, Lorrie Morgan is as close as any contemporary country female singer to approaching the masterful tough-but-with-a-teardrop voice of the late Tammy Wynette."

With a reverence for history and an eye on the future, Lorrie Morgan's career continues to grow. "I'm in a great place right now and I look forward to bringing my music to many more people for the rest of my life." 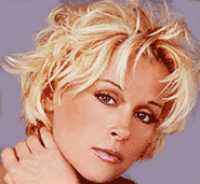