NYC clubs. Please post and let me know what you think!

Many fail to realize that one of the beauties of Hip Hop and the key essence of its survival is the fact that it is an envelope pushing culture which constantly evolves. It is driven, inspired, and motivated by the youth who keep it fresh and energized. Hip Hop has shown that every great artist has made his/her mark and added to the chain of growth by creating a unique niche and following. The eclectic voice was brought by Outkast, Chuck D was the voice of the revolutionaries, and Jay-Z was the voice of the self-made hustlers just to name a few. It’s been a while since we’ve heard an impactful voice of their caliber. But the wait is over! Up steps Lil Mama! The voice of the young people….

Hailing out of the East New York section of Brooklyn, Lil Mama (now 16 years of age) has been honing her skills for 5 solid years. She has blossomed to a triple threat excelling in rhyming, dancing, and singing! She is a next level artist with 3 lethal elements as part of her repertoire. Truly, Lil Mama is a master of her domain and the poster child for what a real evolved Hip Hop artist should be! Her rhyme patterns and flow almost instantly capture the listener. More over, her commanding voice and style attracts the attention of even the skeptics. And if that doesn’t win them over, she’ll hit you melodies that move the soul and tap the toes.

On the visual side of things, Lil Mama is a bonafied dancer professionally trained in Choreography, Freestyle Hip Hop, and Modern Jazz. She is currently taking acting classes and already pitching ideas for creative educational shows geared toward the youth. Currently, Lil Mama’s new single “Lip Gloss” is blazing the airwaves and has quickly become a favorite on several mix show rotations. This, along with her buzz and many other attributes led to Lil Mama just recently signing a huge deal with Familiar Mindz/Jive Records! With an arsenal of powerful songs, Lil Mama is working alongside the likes of Swizz Beats, Green Lantern, and Scram Jones on her debut album. More powerhouse names will quickly be added to that list. It is a new beginning; and Lil Mama is at the helm representing for the next generation of Hip hop music! In 2007, she will prove to be an unstoppable force to be reckoned with! 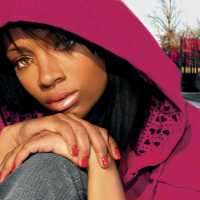