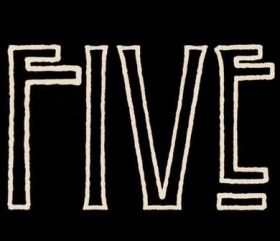 The Internet became a buzz when Led Zeppelin posted on their Facebook Page a simple number "five". Their fans soon begun to speculate that Five would be a live DVD of their O2 Arena gig in London, which happened five years ago in 2007. The band officially joined Twitter on Saturday and posted on Facebook for the first time in six months.

The band posted the image we've uploaded above along with a message which reads simply: "Hello #ledzeppelin"

The theory of the Live DVD was backed up by Peter Mensch, who manages Led Zep guitarist Jimmy Page posting a message on Twitter which read: "it's almost here. I've seen it and heard it. almost 5 years to the day." However, there is no confirmation yet as to what the cryptic image means with many fans hoping (perhaps optimistically) that the group are set to release a fifth studio album.