2 - KiKK is a Eurodance project of SAIFAM Publishing Group, it was fronted of many female vocalists through the years
The production team did a lot of different producers, among them: Mauro Farina Fabio Serra and Johnny Di Martino (from Factory Team) Giuliano Crivellente Ricky Stecca and Fabio Turatti
Like many other projkt påetikett 21st Century Records (Italy) KiKK released a lot of covers of popular songs, their first single "Sweet Dreams" and "Little Bird" was concentrated on the Eurythmics and Annie Lennox
Other notable covers were "Japanese Boy" (by Aneka) " Walking In Memphis "(by Marc Cohn)" How Do I Live "(by LeAnn Rimes)," Little Lies "(of Fleetwood Mac) 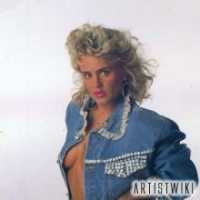