To many, the name Keri Hilson is a unfamiliar one, but name any one of the various tracks she has contributed to the music libraries of Mary J. Blige, Chris Brown, Toni Braxton, Usher, and numerous others and not very little else is in need of being said.

Hilson has also made a name for herself as an arranger and background vocalists lending her talents on many of the songs she's written for. Keri had remained behind the scenes for the most part until 2004 when she was featured on Xzibit's first single, "Hey Now (Mean Muggin')", for his album Weapons of Mass Destruction. She made her performing debut at the 2004 MTV Europe Awards in which she performed the song with Xzibit.

n 2006 Keri reappeared on the music scene in the video for Nelly Furtado's single "Promiscuous". Since then Hilson has signed with Timbaland's new label Mosley Music Group which is in association with Interscope Records. The pair are currently working on the singer's debut album, which is expected to involve further production by Timbaland, Danja, Polow Da Don, The Underdogs, Organized Noize, Bangladesh, Tha Cornaboyz, Tony Dixon, Eric Dawkins, Tank and guest appearances by Snoop Dogg, Ludacris, and Justin Timberlake.

That same year, she was featured on Help, the second single from Lloyd Banks's Rotten Apple, as well as the track, "Ice Box" for Omarion's latest album, 21.

Keri started off 2007 with a bang with several appearances on Timbaland's solo effort Shock Value. She is featured on "The Way I Are", "Scream", and "Miscommunication". On international versions, she is also featured on a track titled "Hello".

Keri is part of a go-to collective of writers and producers known as The Clutch. 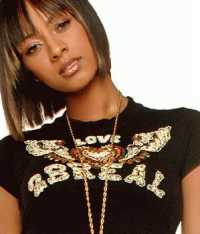