During his career, Hirai has released 32 singles and 11 albums up until October 2010.[4] According to Oricon, his single "Hitomi Wo Tojite(Close Your Eyes)" became the best-selling single of 2004 in Japan[5].While his compilation album Ken Hirai 10th Anniversary Complete Single Collection '95–'05 "Utabaka" became the best-selling album of 2006 in Japan
Early life

Hirai began his music career back in 1993 when he signed with Sony Music following a competitive audition in Yokohama the previous year while he was a university student[citation needed]. His debut single "Precious Junk" and album were recorded the following year in 1994 and released in 1995[citation needed]. The first single, used as the theme to a TV drama, immediately garnered Hirai attention and his second single, "Katahō Zutsu no Earphone" (片方ずつのイヤホン Katahō Zutsu no Iyahon?) was also used for a drama, further capitalizing on his unique sound. Hirai's debut album, Un-balanced, went on sale the same year and was followed by a second, Stare At, in December 1996

Taking things more slowly, Hirai used the next four years to consolidate his style and take time out - he only released one single each in 1997 and 1998 and did not produce any new music during 1999. Fans waited until 2000 for a third album from Hirai, The Changing Same. It was the first single, "Rakuen" (楽園?, Paradise), that established him as a major player in the Japanese sales charts and overseas. He was the first Japanese artist to take the classic test of a true R&B performer - playing at the Apollo Theater in New York, where he got a warm reception. Capitalizing on a strong fan base in Asia, Hirai appeared at the MTV Music Summit in Taiwan in August 2000. Hirai was voted "Best New Japanese Act" in a pop poll organized by the RTHK radio station in Hong Kong.

2001 saw Hirai's single, "Kiss of Life", used as the theme for the Love Revolution TV drama series. His fourth album Gaining Through Losing, which went to sell 1.5 million all over Asia including Japan, and a national tour of the same name, built on his solid reputation. Hirai's 1st remix album, Kh Re-mixed Up 1 was released on November 28, 2001. Through the album, the artist showed a new part of himself to the audience, which appealed to club-goers and DJs for the first time.

Hirai had already shown that he had the urge to perform abroad, so he made a live appearance on the Music Fair show in March 2002 with producer/singer Babyface from a Los Angeles studio. In the summer of that same year, Hirai earned the title of Best Male Artist at the inaugural MTV Video Music Awards Japan, and appeared at the official FIFA World Cup 2002 concert with Chemistry and Lauryn Hill.

Already an established star, Hirai went one step further when he released a cover of "Ōki na Furudokei" (大きな古時計?, A Big Old Clock); a Japanese version of "My Grandfather's Clock" by Henry Clay Work) in 2002. A popular nursery rhyme, it was expected to be a minor success, but went on to become one of the biggest hits of the year.

In 2003, Hirai performed for MTV Unplugged Live in New York, as the first Japanese male solo vocalist. He was also interviewed by CNN The Music Room, which was televised in 210 countries, and watched by 230 million viewers. His 5th album Life Is..., which contains "Strawberry Sex", "Ring", and his hit single "Ōki na Furudokei", was released on January 22, 2003.

On December 1, 2003, a conceptual album, Ken's Bar, was released. In the album, Hirai selected his favorite songs and covered in his own style. The music was primarily jazz oriented, but covers of many blues numbers were present as well.

In May 2004, Hirai launched his next album, Sentimentalovers. The album spawned four singles, with "Hitomi o Tojite" (瞳をとじて?, With My Eyes Closed) being the most successful, becoming the highest-selling single of that year.[5]

Hirai's 2005 single, "Pop Star", was one of his career's biggest hits, spawning multiple imitations and reaching Number One on the Oricon Charts. The video for the song, which featured Hirai playing 7 different characters and animals, became an instant hit. A cover of the song was featured on the rhythm game Moero! Nekketsu Rhythm Damashii Osu! Tatakae! Ouendan 2 for the Nintendo DS, and Namco popular Taiko game Taiko no Tatsujin 8.

In 2007, Hirai released two singles. Both singles peaked at number 5 on the Oricon charts and sold around 100,000 copies. The first of these was "Elegy", followed by "Kimi no Suki na Toko (Why I Love You)". "Elegy" was a major radio success in Japan.

In August 2007, Hirai released his 27th single, titled "Fake Star", along with a music video that was considered a huge departure for the star due to its risqué subject material.[citation needed]

On February 20, 2008, Hirai released his 28th and 1st double A-side single, titled "Canvas/Kimi wa Suteki (You're Wonderful)". The singles debuted at number 6 on the Oricon charts.

"Canvas" is used as the insert and ending theme song to Fuji TV's Hachimitsu to Clover drama, which is based on a popular manga. It was written and composed by Hirai, and arranged by Tomita Keichi, as with Hirai's 17th single, "Ring".

Hirai released his 29th single, "Itsuka Hanareru Hi ga Kite mo" (いつか離れる日が来ても?, If One Day I'm Separated From You) on April 23, 2008. The song is a recut single from Fakin' Pop and was the theme song for the Japanese drama Ano Sora o Oboeteru (あの空をおぼえてる?).

On May 27, 2009, Hirai released Ken's Bar II, continuing the concept of creating jazz covers of his favorite Japanese and English songs. He held a 2009 summer concert tour in Japan under the same name.

On October 13, 2010, Hirai's 32nd single "Sing Forever" was released. His 33rd single coming out on November 10, 2010 is called "Aishiteru," followed by a new compilation entitled 'Ken Hirai 15th Anniversary c/w Collection '95-'10 "Ura Utabaka"' to celebrate his fifteen years being a singer in the music industry. The compilation includes all the b-sides starting from the first single "Precious Junk." 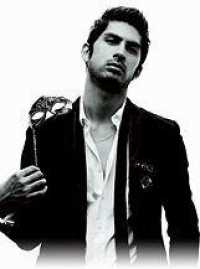