Edgy and non-typically including herself in the good girl image, Katy Perry may be one great example of the future musician. Born on October 25, 1984 in a strict Christian family, Perry was later known for her song "Ur So Gay". Her parents are two devoted pastors who directed their daughter into singing in churches or local restaurants. Perry said that her mother used to ban her from listening to what they call "secular music". Thus, young Perry was apt in gospel music until one day during a slumber party she heard the voice of Freddie Mercury.

Inspired by the Queen frontman's style of singing she was metaphorically 'opened' to another possible side of music, although it was not until much later that this side of her will come out as her main music style. At the age of 15 she moved from birth town Santa Barbara, Calif. to Nashville to work closely with songwriters. Steve Thomas and Jennifer Knapp of Red Hill Records signed her to the label to release her debut album which was self-titled while she used her name Katy Hudson. The album that contained Christian songs was released in 2001. 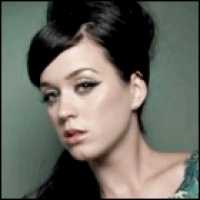