Though he was born in Chicago, this DJ found his spiritual and musical home in San Francisco by way of Salt Lake City and New York. He is currently one of the most influential people in the San Francisco house scene, as well as one of the hardest-working: By night he's Kaskade the house music producer/DJ; by day he's Ryan Raddon, A&R director for OM Records. As a producer, Raddon has contributed to several OM compilations including Sounds of OM (Volume 3), which he both contributed tracks to and mixed, and Sound Design. Two standout tracks Raddon wrote, produced and released through OM are "Gonna Make It" and "What I Say". As an A&R man, he has helped kick-start the careers of many artists including much-touted twosome Ming & FS and beloved SF soul-house act Soulstice. OM's current roster also includes J Boogie, Afro Mystic and King Britt, among others.

In the early days, Kaskade familiarized himself with the rapidly changing electronic music scene wherever he went, eventually finding that house music was the subgenre he loved best. He started out as a DJ in New York and Salt Lake City clubs. During the tail end of his stay in Salt Lake City, his first attempts to produce tracks were released on his own tiny label Mechanized Records. He also sold a few tracks to Chris Smith, A&R director for an up-and-coming house label in San Francisco. Though no one could have predicted it, this ended up being the precursor to Raddon's most important career move thus far. When family matters initiated a move to San Francisco, Smith hired Raddon to assist him at the label -- which was, of course, OM. He has been there ever since. Kaskade/Raddon's latest efforts as a producer can be found on Om Lounge 6. From behind the A&R desk, he's helped to release Ming & FS's Subway Series as well as the latest volume of the acclaimed Mushroom Jazz series. ~ L. Katz, All Music Guide 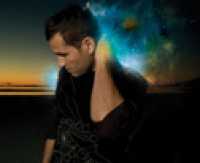